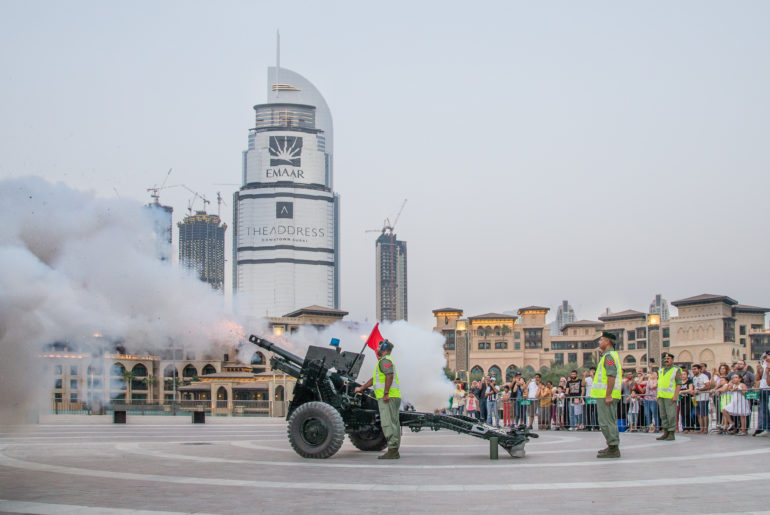 Dubai is all set this Ramadan with its traditional Ramadan Cannon firing with an addition to two more places across the city, which makes it a total of 6 places across Dubai.

Every year during the month of Ramadan, as the sunsets and its time for iftar, Dubai police fires the cannon across the city in order to notify that the fast for the day is over. In the olden days when no smartphones were introduced this was the only way people around the city use to get notified that its time to break their fast and its time for Iftar.

Experience the firing of the cannons at these six places Burj Khalifa, City Walk, Madinat Jumeirah, Mankhol, Naif and Mizher 2 during the entire month of Ramadan. The Dubai police will also distribute cannon shape souvenirs to all participants at the firing.  The Dubai Police uses classic land rover vehicles for the firing.