Figure Your Way Out Through…
Gents’ Night In Dubai: 7…
Indonesia Changes Capital To Nusantara…
5 Fire Foods In India…

Figure Your Way Out Through This LED Maze In Downtown!

Downtown Dubai now has a giant LED Maze which reflects light from across the city and its FREE! Make sure you check it out before February 13.

Dubai is all about lights and glitter and now Emaar and Dubai Tourism have launched yet another ‘shiny’ addition at Downtown. A giant LED maze is now glittering in Dubai’s Downtown district and it has already garnered much love and attention. The new section is now called the Downtown Light Park and is open to the public at Burj Park Plaza.

The maze comprises of a spinning mirror which reflects light from the nearby areas, including the Burj Khalifa and the Dubai Fountain. The flashy maze is made of 72 acrylic glass panels with a height of 2.20m – and during the night it’s illuminated by LED rails. 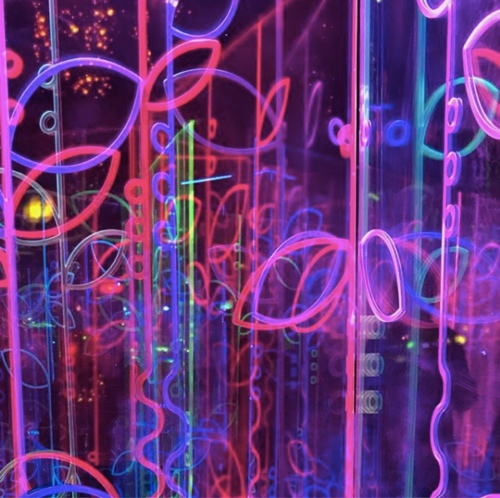 The park is inspired by the book ‘Reflections on Happiness and Positivity’ by His Highness Sheikh Mohammed bin Rashid Al Maktoum, Vice President and Prime Minister of the UAE and Ruler of Dubai. The spectacular maze is designed by Athens-based lighting designer George Tellos.

The giant maze is open to the public only until February 13 (everyday from 5 pm), so make sure you check it out and click a selfie!