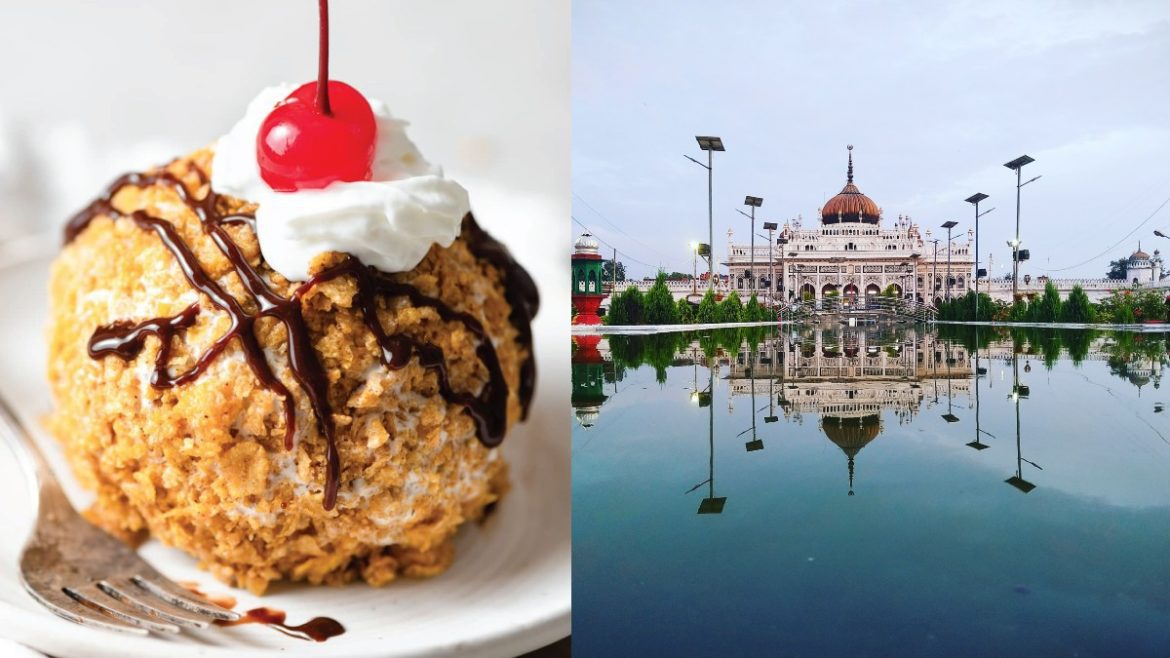 Japanese tempura fried ice cream is a dish that has piqued the interest of foodies for quite some time. Believed to be invented in the 1960s in a Japanese tempura restaurant, this is a perfect hot-cold dessert. Break upon the crispy hot coating to unravel oozing cold vanilla ice cream. It’s a delicious dish. Forget indulging this in a fancy restaurant and head to Lucknow to grab ice cream pakoda instead. Let’s tell you all about it.

A Lucknow food influencer, @eattwithsid, shared a reel of ice cream pakoda in the city. At Chaapwale in Rajajipuram, a street food vendor is seen dunking scoops of vanilla ice cream in a thin batter. Next, he coats this with what looks like bread crumbs and finally deep fries the batter-coated ice cream scoops in a large kadai.

And there you have it, you’ve got ice cream pakodas. The street food vendor drizzles the pakodas with chocolate sauce and garnishes them with sprinkles. It certainly looks intriguing.

Lucknow Is Also Home To The Biggest Jalebi

Apart from the ice cream pakodas, @eattwithsid earlier shared a video of what looks like the world’s biggest jalebi found in Lucknow’s Munshi Pulia Chauraha. A street food vendor is seen preparing a massive jalebi that’s as large as the kadai he used to prepare it. Priced at ₹360, the jalebi is big enough to feed an army.

Now that you know all about Lucknow’s indulgent dishes, when are you planning to visit the ‘City of Nawabs’? Don’t forget to visit Chaapwale to gorge on ice cream pakoda. Pack some for the road! And if you’ve eaten ice cream pakodas before, tell us what you think of them. Let us know in the comments section below.