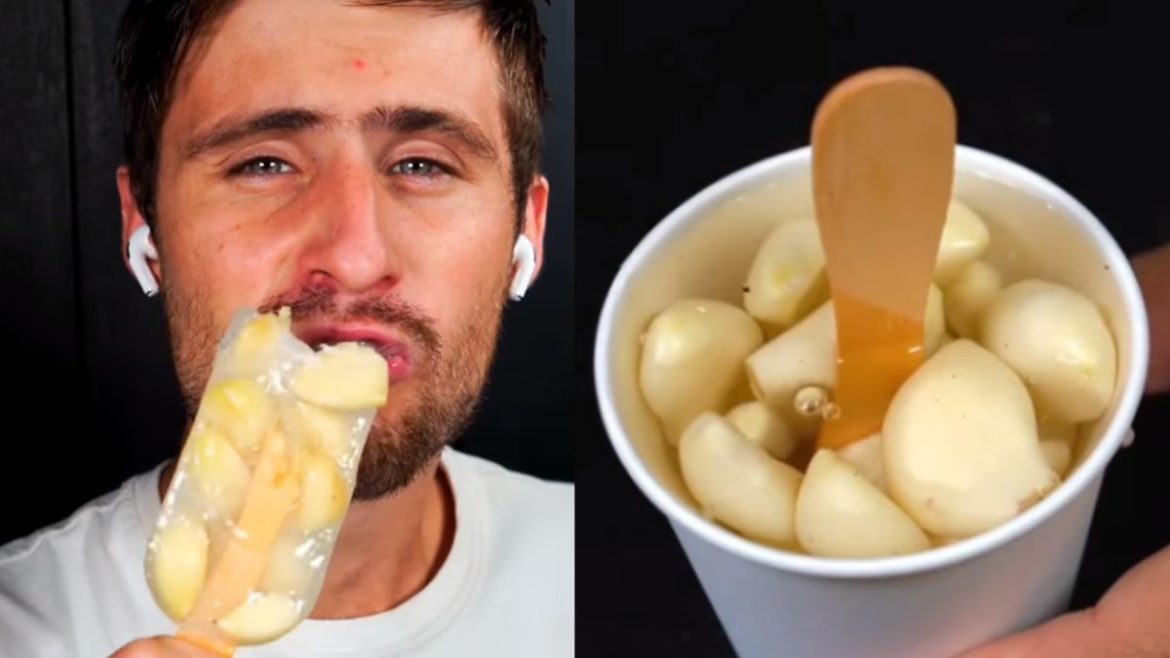 The Internet is full of food enthusiasts experimenting with the weirdest of stuff! And this time, someone trying out Garlic flavored ice cream has become the hot topic of Instagram. Yes, you heard it right! The official Instagram handle of popular Nutritionist duo Megha & Akash recently shared a remix reel on Instagram where Megha is seen reacting to a blogger named Scott making a garlic ice cream and later enjoying it. The nutritionist, by the end of the video, is left in shock. Megha found the whole scenario of eating garlic-flavored ice cream very weird. While some ice cream lovers agreed with her and expressed how it made them uncomfortable, some others clarified how the blogger was actually completing a dare by eating the garlic ice cream.

The Internet is left in shock after witnessing nutritionist Megha’s recent remix reel on Instagram. On August 2, Megha put up her reaction to blogger Scott eating garlic ice cream on her insta handle the_fit_duo with the caption, “Garlic Ice-cream”. Since then the Nutritionist’s video has gone viral and currently has more than 200k likes and 12 million plus views. While a lot of ice cream lovers expressed their disgust at the flavor chosen for the ice cream, many others clarified how the blogger was actually completing a dare or a challenge given by his follower. One user wrote, “It was a dare.” While another was seen commenting, “Stop harassing food.” But the one that made us giggle was a user’s comment that read, “Why you hate this delicious one. garlic cures cholesterol and heart problems.” Well, to each his own it seems!

Initially, Blogger Scott Tried Out The Garlic Ice Cream After A Fan Challenged Him To Do So

A blogger named Scott who has more than 30 million followers on Tik Tok recently put up a video on his Instagram ‘scottsreality_ig’ of him trying out Garlic flavored ice cream. Scott captioned the video, “I didn’t want to try this! What’s next?” The video shows a pinned comment of a user that reads, “Make garlic ice cream and eat it. I followed.” Scott is seen accepting the challenge of the user and is seen freezing big chunks of garlic dipped in water, for 24 hours. He then goes ahead and takes a bite and completes the challenge. Must say, totally commendable Scott!