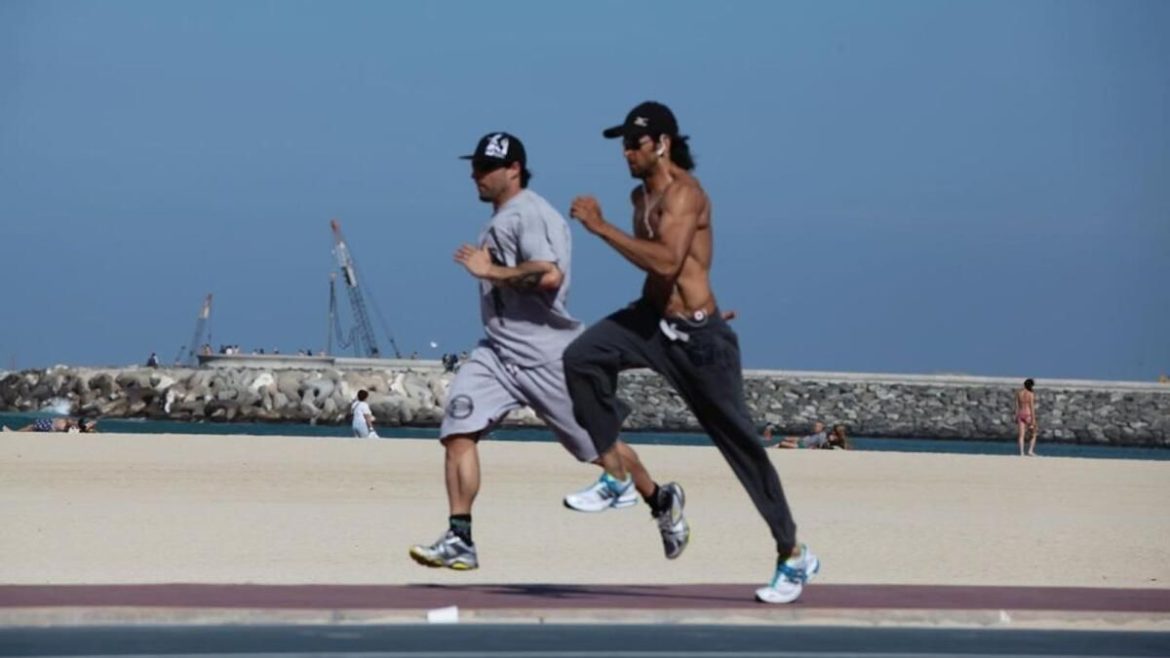 The Indian Greek God, a Bollywood actor, named Hrithik Roshan, recently posted images of his training on Instagram. In the old photos, the “Koi Mil Gaya” actor is exercising on a Dubai beach jogging track shirtless and in black tracksuit bottoms with a trainer. It’s presently filming for the Bollywood star’s next movie, “Fighter.”

Currently Preparing For His Next Film

As of now, he’s rehearsing for his forthcoming film, starring Deepika Padukone and Anil Kapoor, called “Fighter.” Deepika Padukone and Hrithik Roshan co-star in the action film “Fighter,” which Hrithik just finished filming after wrapping off the “Vikram Vedha” production. ‘War’ and ‘Krrish’ sequels are also there to feature the actor in the lead role in the near future.

Hrithik Roshan and Deepika Padukone feature in their forthcoming film “Fighter,” which will be releasing in theatres on September 28th, 2023. The new release date for the movie was officially announced by the production company on their official Twitter account.

The Siddharth Anand-directed film is hailing as India’s first aerial action franchise. Moreover, as a tribute to the “valour, sacrifice, and patriotism of the Indian military.”

Also Read: Hrithik Roshan’s Krrish Was Filmed In This Pristine Village In Himachal That Will Please Your Eyes

Hrithik Roshan Inspires Everyone For Fitness

The shirtless pictures of the Bollywood actor make fans drool-worthy. He is running naked on the beach, showing off his toned physique and re-inspiring others to get in shape. Hxbrand commented on his pictures and quoted him, “Our Thursday Motivation”. The pictures inspire his fans for fitness. Moreover, it is important to stay healthy and fit in life.