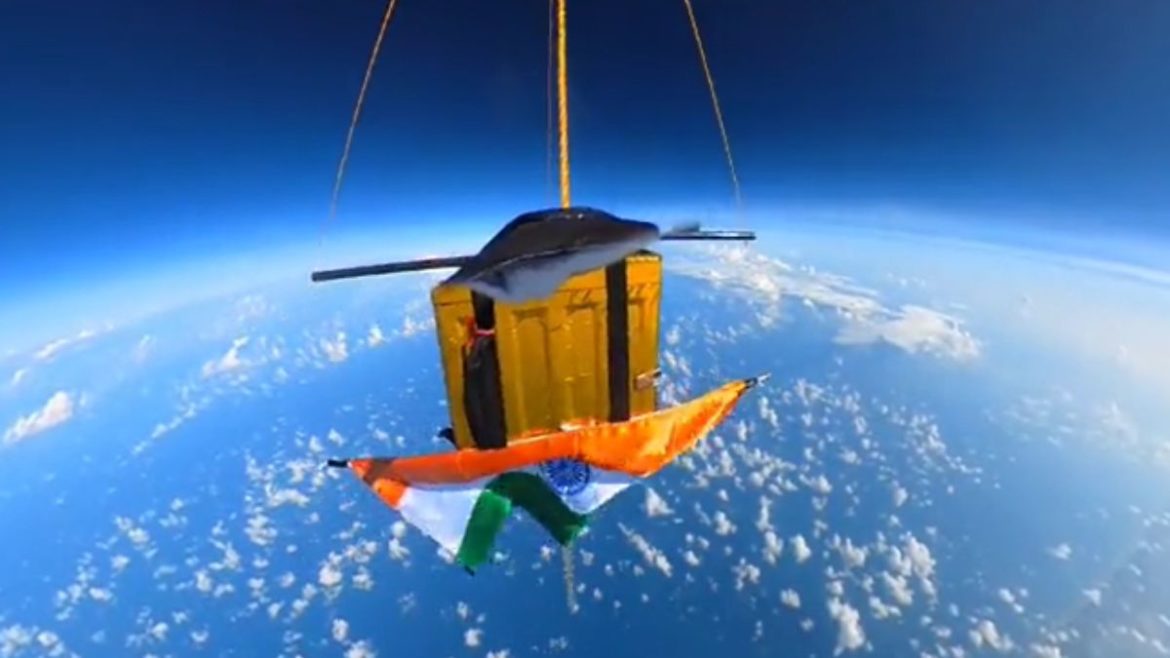 The enthusiasm in every individual during Independence day in India is something different. We on 15th August completed 75 years of Independence and everywhere all we could see was zeal and respect. Many other countries too wished us by embracing Indian tricolour. The zeal and love was not limited to the nation and other neighbouring countries only, India celebrated Independence Day by unfurling our Indian Tiranga or Tricolour in the space too.

Indian Flag Unfurled In The Space

As India celebrated 75 years of Independence, the tricolour was not only unfurled across the country but also in space. A tricolour was unfurled “30 km near space” with the help of a unique Nano-Satellite Launch Vehicle, as seen in a video posted by Space Kids India, an aerospace group dedicated to developing young scientists for the country. The ISRO’s Small Satellite Launch Vehicle’s inaugural launch approximately a week ago garnered media attention for Space Kids India. The launch, which was meant to deliver a satellite created by 750 female students associated with Space Kids India, sadly was unsuccessful. To commemorate India turning 75, ISRO released another video last week with greetings from the International Space Station.

Narendra Modi And Others Lauded India

Raja Chauri who is an Indian-American astronaut in Nasa also shared a picture from Indian Space Station (ISS) and congratulated India on its venture. After spending nearly six months in the International Space Station, Raja Chari was one of the four astronauts who returned to Earth this year on a SpaceX craft and splashed down in the Gulf of Mexico. Samantha Cristoforetti, an astronaut with the European Space Agency, also left a message. She mentioned the partnerships India has with international organisations, mentioning the Earth Science Mission, which will aid in our understanding of climate change. Narendra Modi, prime Minister of India, lauded India for its space missions and amazing capabilities.

Thank you @NASA, @esa, and all the partners of the International Space Station👋 @Space_Station for the wishes on #AzadiKaAmritMahotsav 🇮🇳 pic.twitter.com/2r0xuwdSQ4