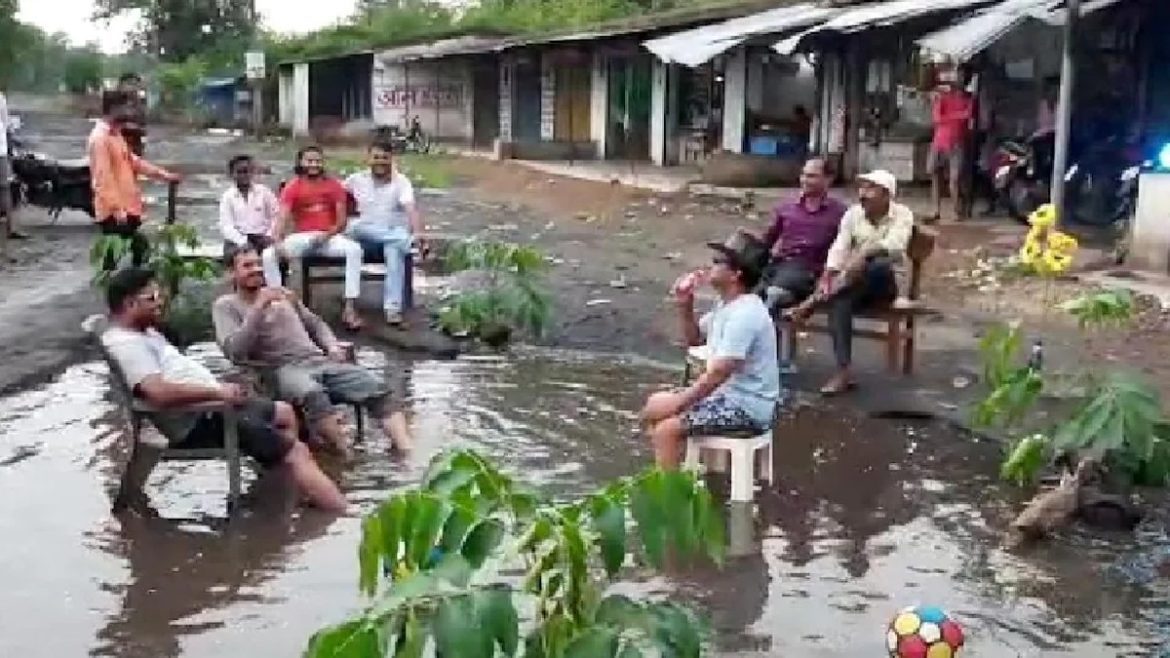 Madhya Pradesh is known for its mountains, forests and vast natural lakes. But ever imagined finding a Goa-like beach in MP? No, we are not calling this a hidden gem. Locals at MP’s Anuppur district had turned a giant pothole in the middle of the road into a Goa-like beach. They had put plants and benches around the water-filled pothole and also installed beach-like shacks near it. What’s more, they had put chairs on the pothole waters. They spent a laidback time soaking their feet in the waters and sipping on drinks. But were they trying to take Goa feels in MP? Read on to know more!

The locals of the Anuppur district created a beach-like aura near the pothole to draw attention to the poor road conditions between Anuppur and Bijuri Manendragarh. In other words, this is a form of protest by the locals. The video of the unique protest was shared on Twitter by India Today reporter Ravi Pal Singh. Captioning the video, Ravi wrote, “Madhya Pradesh mein lijiye sea beach ka mazaa.”

Also Read: Panchayat 2 Was Shot In This Quaint Village In Madhya Pradesh & It Deserves A Visit!

The initiative has grabbed a lot of attention on social media, thanks to the unique approach. Madhya Pradesh received heavy rainfall recently loading the pothole with water. Thus, the locals have been facing challenges in commuting.