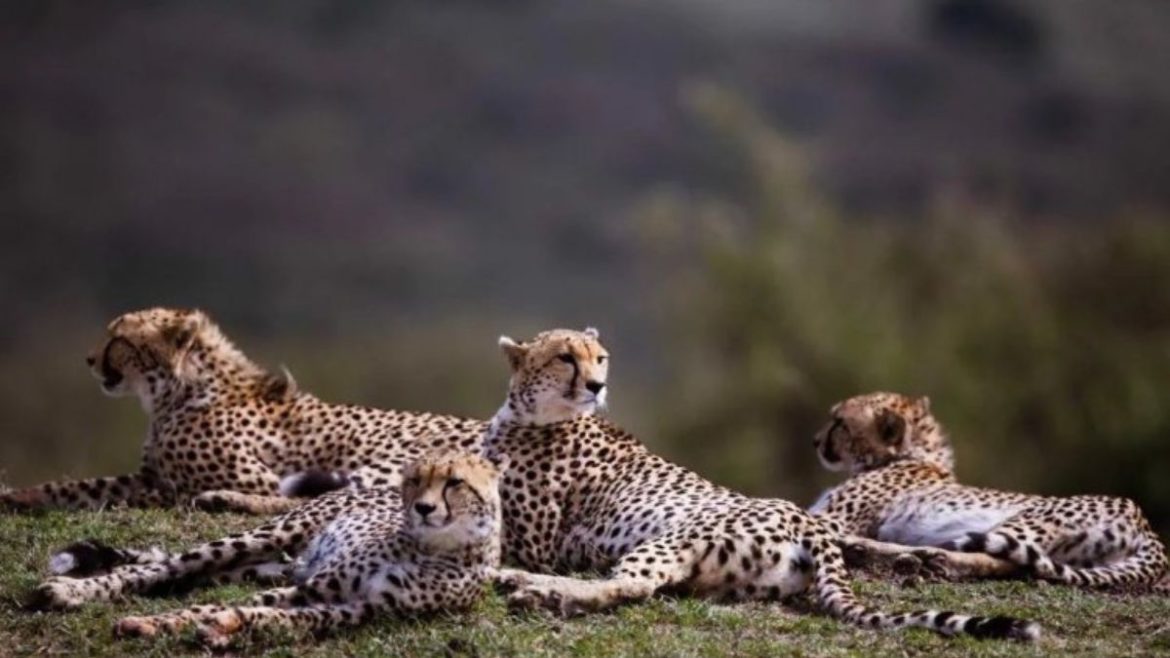 Prime Minister Narendra Modi brings in gigantic news for India! On 17th Sept, Modi Ji’s birthday, India will be gifted 8 cheetahs translocated from Namibia, Africa to Kuno National Park (KNP) in Sheopur, Madhya Pradesh. According to officials, seven helipads are being constructed in and around KNP for the cheetah reintroduction project. This proposed Cheetah project was made possible after Union Minister for Environment, Forests and Climate Change Bhupender Yadav signed an MoU with the Deputy Prime Minister and Foreign Minister of Namibia Netumbo Nandi-Ndaitwah.

According to a top official, three helipads are constructed inside the Kuno National Park in Madhya Pradesh and four are being built outside the park. Apart from this, Sankalp Goyla, Sheopur Public Works Department’s executive engineer has confirmed to PTI that the construction of helipads is going on in full swing for the big day. Speaking about whether PM Modi will attend the Cheetah translocation event, MP principal chief conservator of forests (wildlife) J S Chauhan said to PTI, “We have not got any written official information that the prime minister is coming on September 17.”
However, on Wednesday, the Department of Forest, MP, took their official Twitter and announced that PM Narendra Modi will grace the event at the Kuno national park with his presence.
“Prime Minister Narendra Modi will visit Kuno Palpur Wildlife Sanctuary in Sheopur district on his birthday on September 17 in whose presence chee tahs brought from South Africa will enter the sanctuary after long wait of decades.@narendramodi #JansamparkMP.”

Prime Minister Narendra Modi will visit Kuno Palpur Wildlife Sanctuary in Sheopur district on his birthday on September 17 in whose presence chee tahs brought from South Africa will enter the sanc tuary after long wait of decades.@narendramodi#JansamparkMP pic.twitter.com/zs3ADAR2av

About The Cheetah Translocation Project

Prime Minister Narendra Modi’s decision to bring back Cheetahs to India has received applause from across the country as Cheetahs have been extinct in India since 1952. The supposed plan to drop the Cheetahs to India was supposed to be carried out last month, but unavoidable reasons led to the extension of the date and it’s now happening on September 17th, PM Narendra Modi’s birthday. According to officials, the cheetahs will be kept in an enclosure for two to three months before being released into the wild. They further revealed that twelve cheetahs, including four to five females, have been vaccinated and quarantined for a month as part of the preparations to airlift them to India.

@moefcc Action Plan for Introduction of Cheetah in India (With Emphasis on the First Release Site- Kuno National Park).https://t.co/O3SdLYAY3c pic.twitter.com/dv4F1opYwU