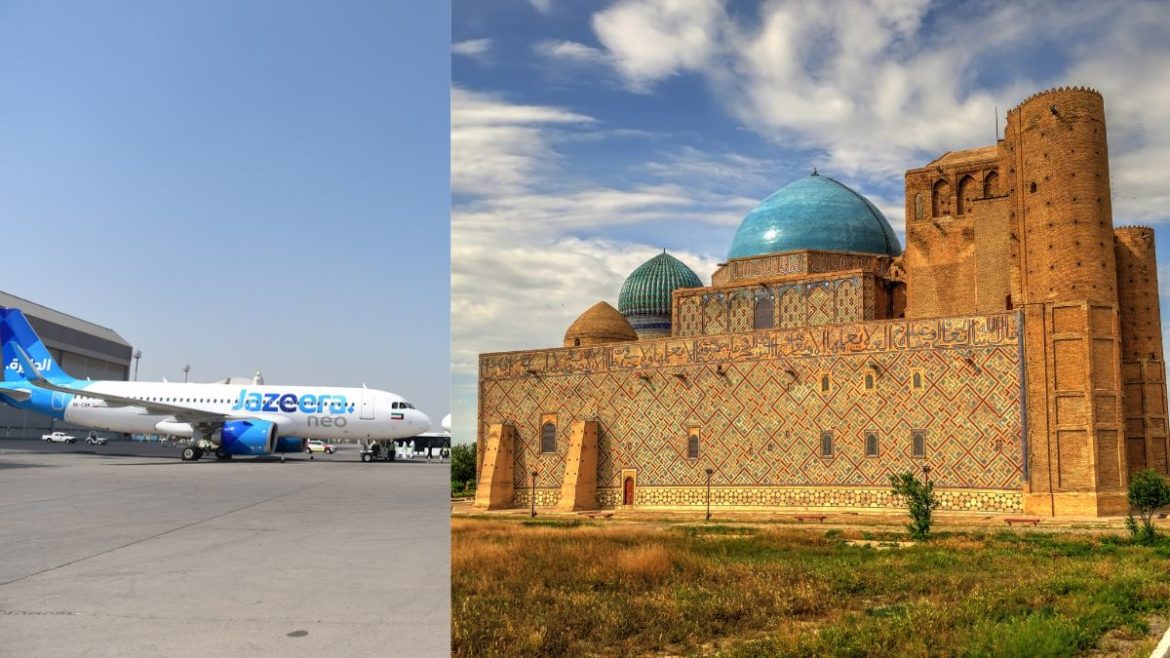 The Kuwaiti carrier, Jazeera Airlines is in the news for launching a new destination. Jazeera is introducing a second route from the Middle East to Kazakhstan. The airline will fly to Turkistan twice a week as announced by Jazeera. The new service is set to start on Mondays and Saturdays. Let’s check out more details about this new route,

Fly From The Middle East To Turkistan With Jazeera Airlines

Jazeera will commence direct flights between the Middle East and Central Asian region from 3rd December. It will help the nations with the network connections for pilgrims and visitors’ travel.

The bi-weekly service will start with departure from Kuwait on Mondays & Saturdays. Flight J9 635 will touch down at Hazrat Sultan International Airport (HAS). Every Tuesday and Sunday, the J9 636 return flight will leave Turkistan. With a three million passenger yearly capacity, HAS was launched in 2020.

Jazeera previously launched Almaty, its first destination in Kazakhstan. Following this, the airline will now operate its second location in Turkistan. The flight price for a one-way ticket from the Middle East(Doha, Qatar) To Almaty, Kazakhstan will cost you QAR 1,159 which is the starting price for the last week of November. 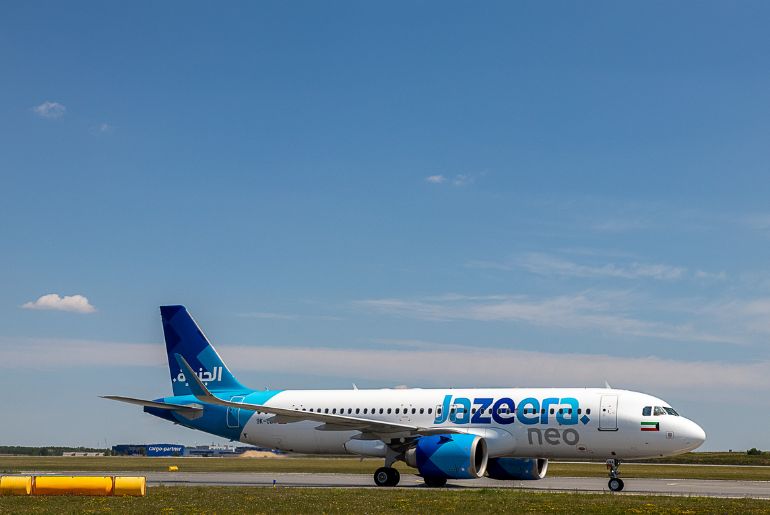 As of November 2022, Jazeera Airways offers service to 48 foreign locations across 23 nations in addition to 1 local location.

Jazeera Airways’ major network includes the Middle East, Africa, Asia and Europe. To the mentioned name, this airline flies to multiple cities and countries within.

So if you plan to fly and explore this beautiful city of Turkistan, then you can search for Jazeera flights starting from 3rd December 2022.