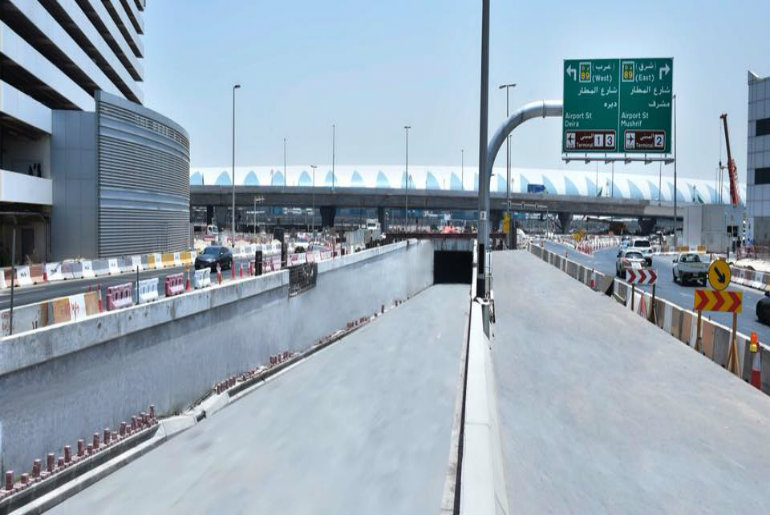 It is estimated that the new tunnel will reduce waiting time from 7 minutes to 1 minute. A new tunnel is about to ease traffic that’s headed to the Dubai International Airport Terminal 3. The Roads and Transport Authority (RTA) announced on Monday that a tunnel that links the Airport and Marrakech Streets will open on 20th July. This will ease traffic in Umm Ramool which is a densely populated district with several schools as well as public and private entities. It is estimated that the tunnel project will cut the waiting time at the junction from seven minutes to less than one minute.