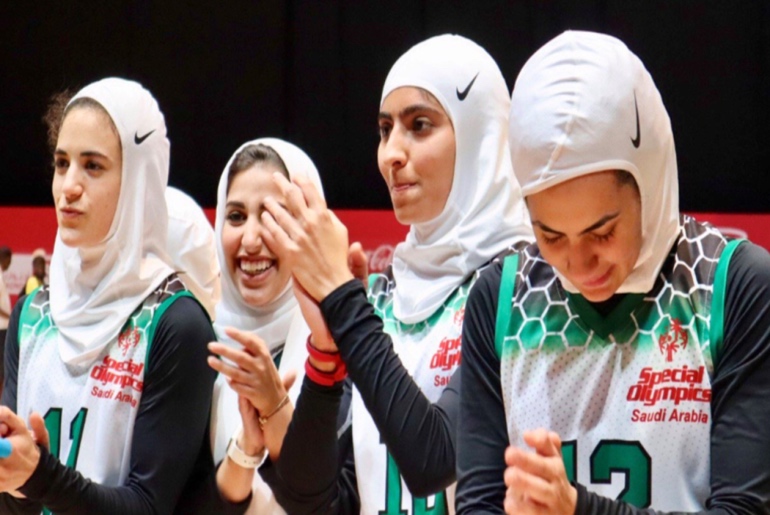 Saudi women created history after participating in the Special Olympics World Games in Abu Dhabi for the first time ever. And they not only participated, but also clinched gold.

Its the first time Saudi Arabia is taking part in the Special Olympics. In this year’s edition, 21 women created history, after competing in various sports including basketball, Bocce, track and field and bowling. It was a moment of pride when Saudi Arabian women’s unified basketball team clinched gold in its debut appearance at the Special Olympics World Games in Abu Dhabi.

BREAKING: In their first appearance ever by women from Saudi Arabia in a Special Olympics World Games, the woman's basketball team has claimed GOLD! #MeetTheDetermined #AbuDhabi2019 pic.twitter.com/qMDJsHQwsz

The team walked out with a ceremonious win of 16-11, against Ivory Coast, who took home the silver. Kuwait bagged the bronze medal. Head coach of Saudi Arabia’s female unified basketball team Raja Al-Hammouri said: ““It was a very good experience for them. They have continuously competed at the national level with each other but this the first time these female athletes have participated at the Special Olympics.”

The other athletes from Saudi did not disappoint either. Saudi women’s bocce team won a silver, while other individuals bagged medals in various other categories. Over 7,000 athletes from 170 nations participated in 24 officially-sanctioned sports. The event was held at the Zayed Sports City.

Shivaji Maharaj’s Rajgad Fort In Pune To Get...

Dalhaousie & Chamba In Himachal To Host A...