Sheikh Hamdan Snaps A Selfie While Riding The London Tube 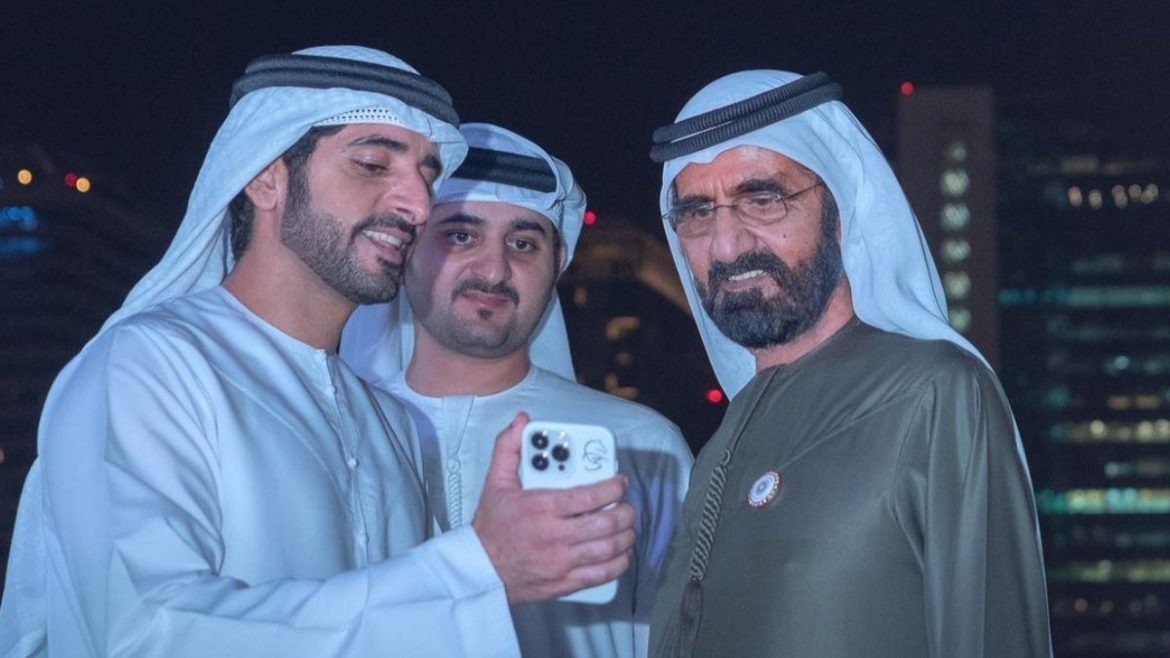 We all know how the Crown prince of Dubai is deeply indulged in exploring and taking trips to other countries. His recent expedition is to the UK. Sheikh Hamdan is on vacation with his family and friends and is currently in London. He and the Ruler of Dubai, Sheikh Mohammed, have been snapped multiple times by people around. But Sheikh Hamdan has made a point to update his 14.5 million Instagram followers with his outing plans.

Many co-passengers didn’t notice the heir of the royal family of Dubai on the London tube. He took this ride with his constant travel companion and close friend Badr Ateej. He has been enjoying his life as a commoner at this holiday destination with people barely aware of his stature.

His father, Sheikh Mohammed, was also recently spotted on the London streets in the casual attire of joggers and sneakers with the security troupe. The royal father and son duo appeared on Sheikh Hamdan’s Instagram with his twins. Sheikh Hamdan was recognized by a few while touring in a car through London and was polite enough to get clicked with the fans.

Crown Prince Of Dubai’s Connection With the UK

Fazza has a close relationship with the UK, one of his favourite places to travel. He has studied in the UK at the Royal Military College, Sandhurst. Sheikh Hamdan has frequented London over the years. He most recently paid a visit to the Godolphin stables with his twin, Rashid and Shaika.

For those unaware, Godolphin stables are HH Sheikh Mohammed bin Rashid Al Maktoum’s racing and breeding team. And both the crown prince and the Ruler of Dubai keep visiting the stable in the UK.

Also Read: 6 Sheikh Hamdan&#8217;s Favourite Restaurants In Dubai That You Must Visit ASAP