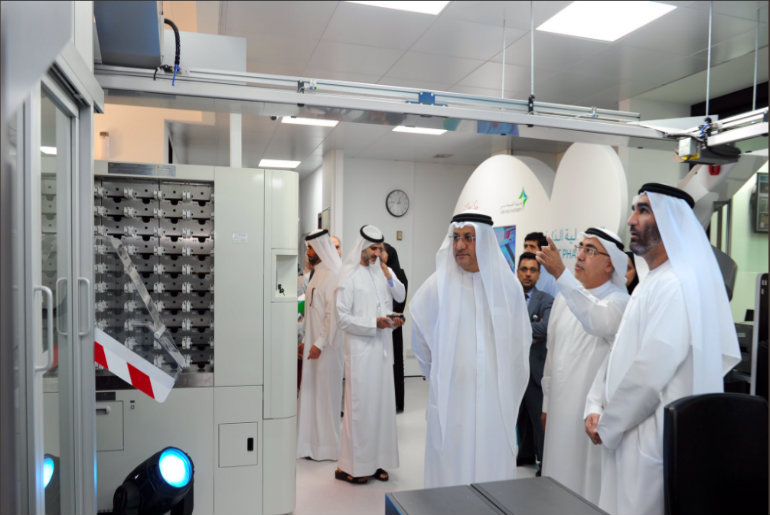 What if you saw robots instead of humans in pharmacies? Now, a robot dispense medicines in Dubai’s first-of-its -kind ‘smart’ pharmacy.

You no longer have to wait for your turn in pharmacies. Dubai has made it easier for you! Humaid Al Qatami, director general of the Dubai Health Authority inaugurated a robot operated, fully integrated system called the smart pharmacy, in order to reduce waiting for time and chances of making mistakes. The smart pharmacy has been installed in all DHA hospitals in the city. The system is operated by a robot which can store up to 35,000 medicines, prepare 12 prescriptions in a minute and dispense 8,000 medicines in an hour. How cool is that!

Here’s how the robotic pharmacist works!

Currently, there are about five robot-operated pharmacies in the city, including ones at the Nadd Al Hamar primary healthcare centre, Rashid Hospital, Latifa hospital and Dubai Hospital.