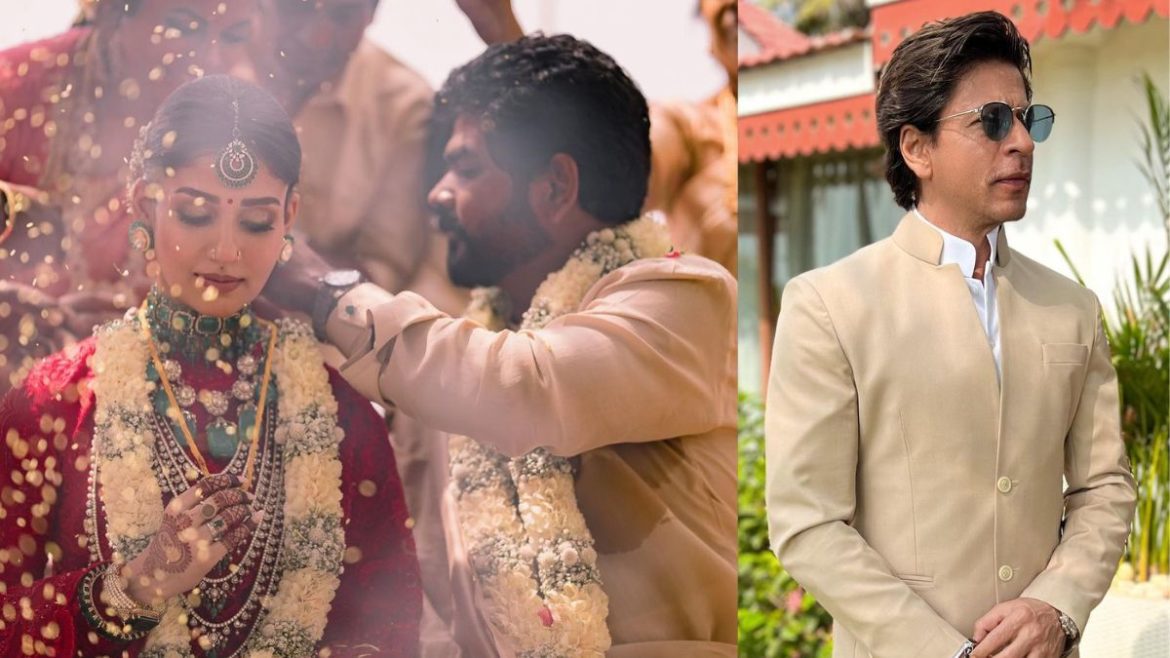 On Thursday, Many celebrities witnessed the biggest wedding in Kollywood. Actress Nayanthara got hitched to filmmaker Vignesh Shivan in Chennai. The wedding was witnessed by many celebrities including superstar Rajnikanth. Bollywood’s King of Romance, actor Shah Rukh Khan too flew down to Delhi to attend Nayanthara-Vignesh’s Wedding and wished the couple all the luck and love as they embark on a new journey in life.

SRK Posed With Atlee At The #WikkiNayan Wedding

Shah Rukh Khan’s Jawan co-star Nayanthara tied the knot with filmmaker Vignesh Shivan and Shah Rukh Khan who recently recovered from Covid-19 made sure to attend it. The actor flew down to Chennai and was seen wearing an all-beige band gala looking extremely dapper at the wedding. Jawan’s director Atlee was too present at the wedding. A video surfaced on the internet which showed SRK’s and his director Atlee’s cars arriving at the venue together. Atlee posted a picture of him, SRK and SRK’s manager posing together from Nayanthara-Vignesh’s wedding. SRK will be back on the big screen after four years with director Atlee’s Jawan which also stars Nayanthara marking the actress’s Bollywood debut.

The #WikkiNayan Wedding In Chennai

Filmmaker Vignesh Shivan had disclosed earlier that his wedding will be taking place at a resort in Mahabalipuram in Chennai with only close friends and family members. The couple had planned their wedding in Tirumala Tirupati but had to cancel it due to some reasons. According to reports, Nayanthara and Vignesh Shivan will serve lunch to over a lakh people in old age homes, temples, and orphanages throughout Tamil Nadu.