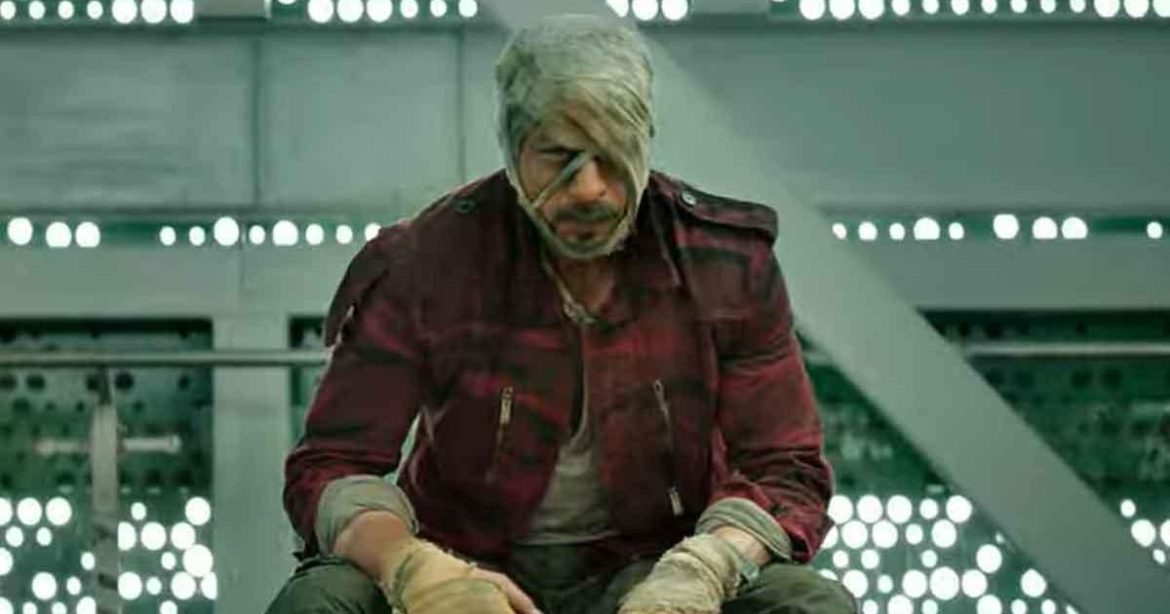 Shah Rukh Khan is back to take over the silver screen again after years. And SK fans couldn’t be happier. With back to back announcements of his films Pathaan, Dunki and Jawan, Shah Rukh Khan is here to mesmerise and entertain his fans in his new avatars. Recently, Shah Rukh Khan shared a short announcement clip of his movie Jawan directed by Atlee.  The actor has a bad and bruised look with a bandage wrapped around his head. He seems to be a vigilante. But what caught the eyes of netizens, is a shot of the Pune metro. Read on to know more.

Pune Metro Rail recently shared on Twitter a short clip from Shah Rukh Khan’s Jawan movie teaser. It revealed that Jawan is the first movie to be shot at Pune Metro’s Sant Tukaram Nagar. In the scene, Shah Rukh Khan is seen sitting at the metro station and looking intently as a train passes by. You can see passengers next to him standing behind him, and Shah Rukh’s battered, bruised reflection is seen in the train’s windows. Now, that’s an intense scene.

Excited to share with you glimpse of Pune Metro's Sant Tukaram Nagar #MetroStation in the teaser of Shah Rukh Khan's upcoming movie
The first film which was shot at #PuneMetro@iamsrk pic.twitter.com/1SNhHOL0A3

Jawan Touted To Be A Movie That Appeals To All

We aren’t surprised if SRK fans would now want to visit Pune Metro’s Sant Tukaram Nagar station. Take a seat on a bench or even travel by train, just to relive a moment from their beloved star’s upcoming movie. Earlier, in an interview, Shah Rukh Khan revealed that Jawan is a universal story taht supersedes language and geographies. The movie also stars south superstar Nayanthara. Shah Rukh Khan recently attended her wedding, where he posed for a picture with director Atlee, and Nayanthara.