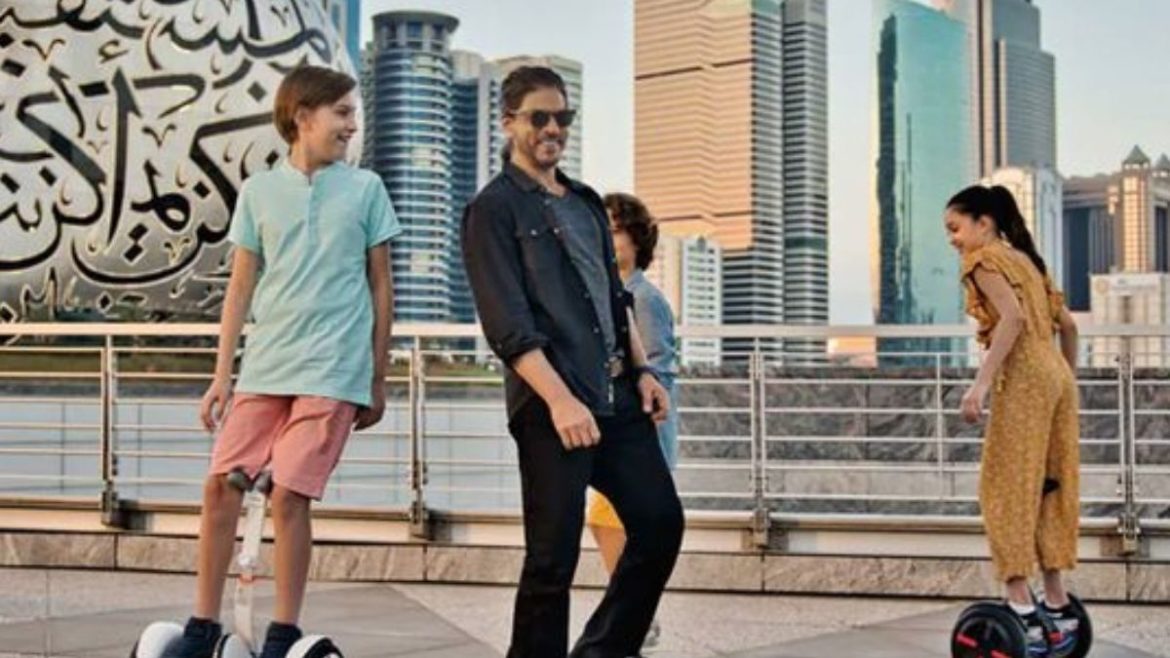 Dubai releases another breathtaking film with the megastar Shah Rukh Khan. The campaign titles ‘Creating the Future With Shah Rukh Khan.’ In the film, the Bollywood superstar explores more of the vibrant city. This time at the recently opened Museum Of The Future, a first-of-its-kind sensory experience that allows visitors to see, touch, and engage with the future.

The video with King Khan takes viewers on a journey into the future. Moreover, as the actor uncovers the secrets of the bold and unique landmark. He tells the people watching to get lost in the beauty of the Museum of the Future, which is proof that travel is where the future starts. Soon after, the tale invites guests to dream big since the future is full of untapped possibilities. In the latest Dubai Presents commercial, Shah Rukh Khan was shown soaking in the city’s sights and sounds and visiting some of its most famous landmarks.

What Does The New Dubai Campaign State?

A quote from Shah Rukh Khan appears in the new ad video: “Our imagination is absolutely infinite, and when we journey to its furthest edge, that’s when the future starts. Then what is it that hinders us from discovering the future?” Sometimes the solutions just don’t come to you, and other times you have to put yourself in the appropriate spot to get the answers. “Those who dare to dream are the ones who will shape the future.”

The campaign’s goal is to raise awareness about the possibilities that await them in the future.

A post shared by Museum Of The Future (@museumofthefuture)

Also Read: You Can Now Go Glamping In A Cool New Spot In The Dubai Desert