Swim In A Pool Filled With Beer In Austria 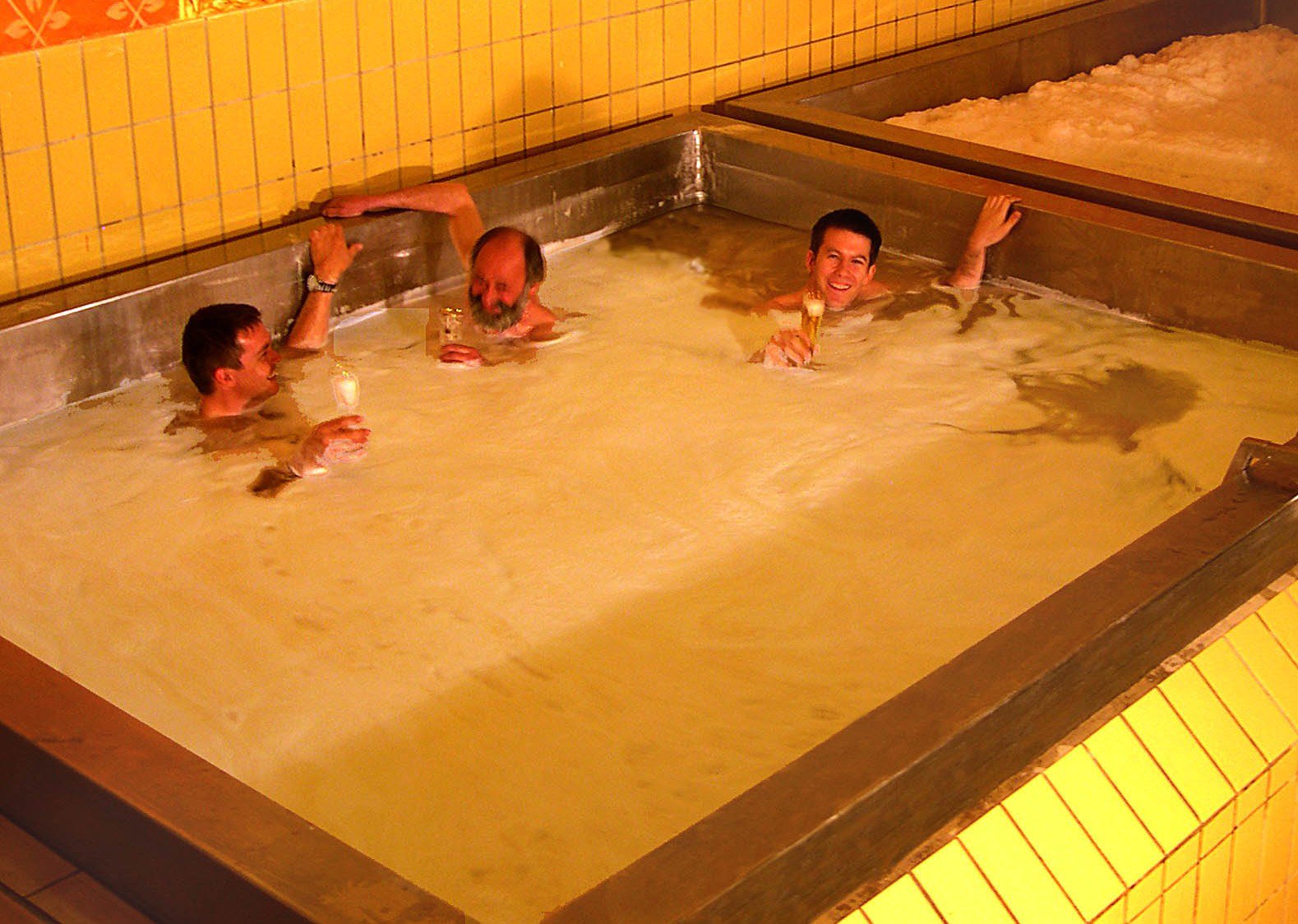 Beer lovers! Immersing yourself in a warm ‘Beer’ pool at the Starkenberger Castle in Austria is all you need after a long tiring day. Claiming to be the “World’s only beer swimming pool”, the Schloss Starkenberger brewery is an old brewery in the Starkenberger Castle in Tarrenz, Austria that has 7 beer pools in a Turkish-bath-like room. The guests can enter this nearly four metres deep pool with around 42,000 pints of ale brewed in the brewery here. The beer pools opened in the year 2005 after the fermentation cellar of around 700-year old Starkenberger castle became obsolete.

Also not just swim, but you can also drink beers while in the pool (Just not from the pool). You can order another glass to drink from. There are around 13 different beers available in the castle’s brewery that can be sipped and relaxed with.

Also Read: 10 Indian Beers You Should Know Of (That You Didn’t Know Existed!) Beer’s carbonic acid stimulates circulation and ensures smooth skin. So, splash around in the beer pool and claim its for your health and well-being. The calcium and vitamins soften the skin and is a remedy for a lot of skin conditions. Additionally, the beer bath is said to have a calming impact on body and soul.

PS: It is said that even Cleopatra bathed in beer to make her skin and hair soft.

If soaking yourself in beer has made you sick of the stuff, there is a whisky distillery to sample in the surrounding area. Also Read: Behold Beer-Lovers! These 6 Breweries In Bengaluru Are The Best Ever

Barrels are stored down in their super gothic cellar, which you could see if you dropped $10 on a brewery tour, but totally don’t care about since you came for the beer pools!

Your two hours of beer bathing also comes with beer crackers and a “Tyrolean meat spread” plus one beer bottle.