The Ocean Around Mumbai Is The Most Polluted In The World 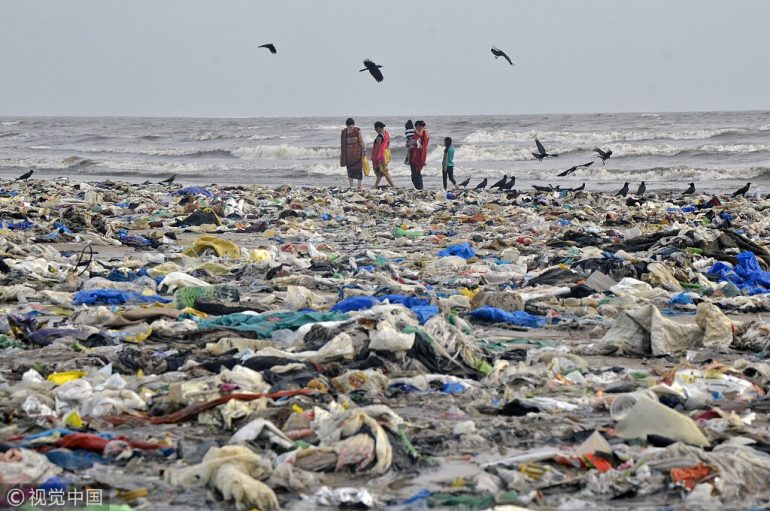 A global study says that the plastic accumulation near the seas of Mumbai has drastically increased over the years.

The survey was conducted on four beaches of Mumbai- Aska beach (7.9%), Versova Beach (28.8%), Juhu Beach (55.33%) and Dadar (18.6%). However, the most polluted of these beaches was the Juhu Beach with the highest quantity of micro plastic. The major marine litter is produced due to recreational and religious activities. Due to the sea pollution increase, even the sea creatures have been facing the brunt of it and in 2018 alone, 8 marine mammals have been dead and swept to the shore, out if which there were 7 dolphins and one porpoise. The similar situation has occurred in Bandra recently while there have been 89 such cases in Mumbai since 2016. However, the post-mortem results for these dolphins are going on and the results will soon come to light.

Also read: Get From Marine Drive To Bandra Within Minutes With The Mumbai Coastal Project