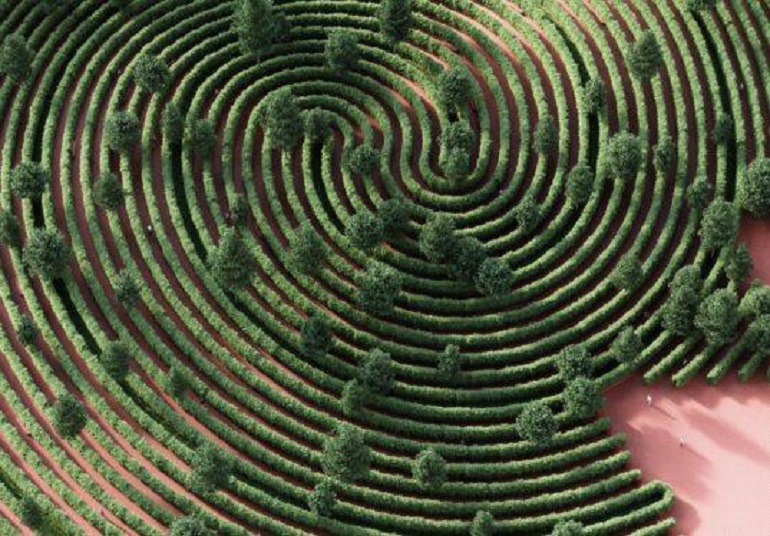 Desperate times call for desperate measures, and well sometimes those measures turn out to be absolutely ingenious. In an attempt to help its citizens maintain social distancing while enjoying a day outdoors, Austria has come up with the world’s first social distancing park.

Designed by Studio Precht, an Austrian design house, the park, called the ‘Parc de la Distance’, has been created on a vacant plot in Vienna. The park features a maze-like pattern of circular, hedge-lined paths and also lets visitors know when a certain path is occupied.

When viewed from above, the park resembles a fingerprint, which according to designers is an ode to the human touch, something that all of us are yearning for during this pandemic.

A park that provides solitude to citizen. To spend a walk of 20 minutes without seeing anyone. Focusing on your inner self, your thoughts and your mind. ‚Parc de la Distance‘ by @studioprecht

Each lane in the park has a gateway for entrance and exit, which helps you determine whether the path is free for a stroll or not. The lanes are distanced at 240 cm from each other and have a 90 cm wide hedge as a division. Each individual journey is 600 m long and takes about 20 minutes.

Studio Precht says the paths in the park follow the wavy patterns of a Japanese zen-garden, which usually leads towards a centre. From there, visitors continue to circulate outwards.

The path is also made up of granite gravel, so you can hear the sound of footsteps from the neighbouring path, and don’t feel too isolated. Sometimes if you feel like, you can also pop your head over the hedge to see across the garden, which is a great way of maintaining social distancing. 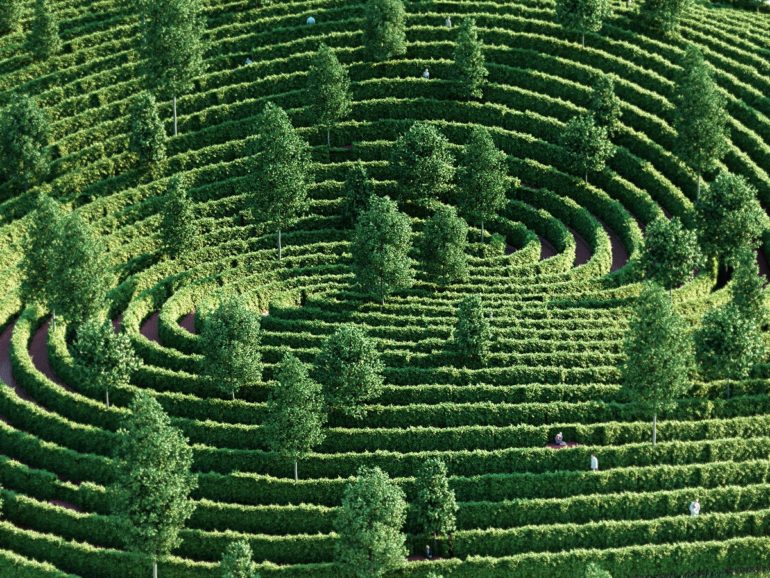 According to Chris Precht, co-founder of Studio Precht, the park will benefit urban residents not only during the pandemic but in the future as well. He hopes that the park would provide a much-needed nature escape for bustling urban residents.

He says, the park “offers something very unique for bustling urban areas. A brief time of solitude. Temporary seclusion from the public. A moment to think, to meditate or just to walk alone through nature.”

As Austria begins to ease coronavirus restrictions, the park will offer a much-needed respite to its citizens, while helping them maintain social distancing! And there’s nothing better than that!

Also Read: Man Only 9 Countries Away To Complete His World Tour Without Flying, Now Stranded In Hong Kong