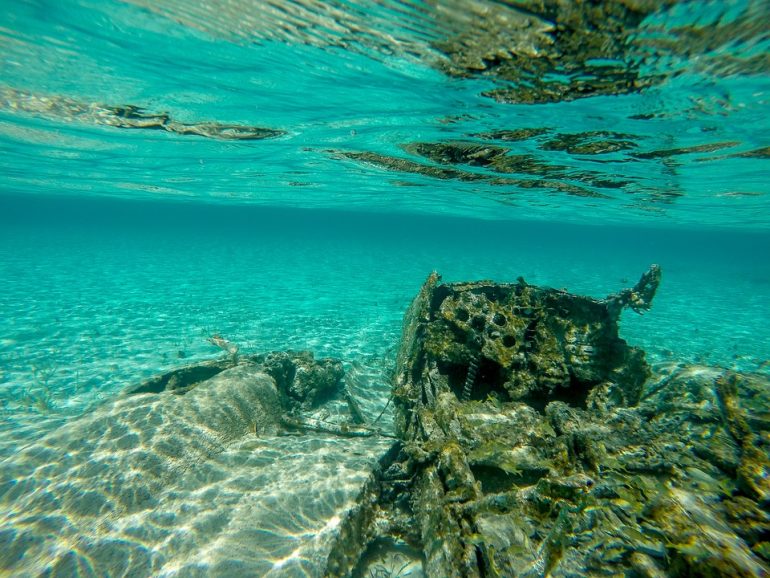 Looking at a plane-wreck under water sounds like something you’d have to spend years training for. Not in the Bahamas! Years ago, there lived a drug lord by the name of Carlos Lehder. A member of the infamous Medellin Cartel, Lehder decided to make Norman’s Cay in the Bahamas his island of choice. It was close enough to the US and yet far enough to not be caught.

An otherwise quiet little town, Lehder drove away all the inhabitants and the island was now a solid fortress for smuggling. Like a typical gangster movie, it was surrounded by goons with guns, guarded by ferocious dogs and housed beautiful, naked women!

In fact in an interview with one of Lehder’s guests and oldest friends – Carlos Toro – it was said that visiting the island was like an adrenalin rush. As told in the Frontline, Toro said, “I recall one of my first visits to the island… I went as a guest. And I remember, specifically, getting out of the airplane, the plane hasn’t even stopped taxiing on the runway, and this Land Rover pulls up, and who’s driving the Rover? A very beautiful naked woman is driving the Rover, and she’s going to welcome me. So when you open the door to the plane and you find this beautiful lady naked, you say, wow, this is the place to be.”

Lehder was eventually caught and Norman’s Cay went back to the sleepy little town it always was. But now it had an attraction! The warm waters of the Bahamas was now housing a plane wreck of one of Lehder’s aircraft that didn’t quite make it to his airstrip on Norman’s Cay. Lodged just six feet below the surface, it houses loads of coral and marine life. It’s also a favourite among the nurse sharks.

Talk about a smooth landing!