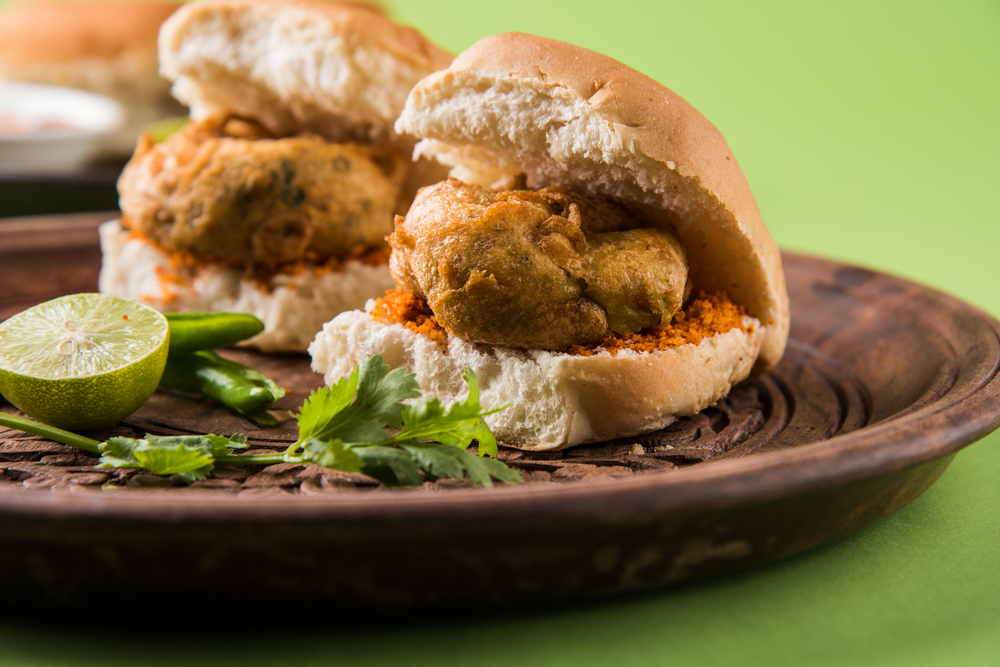 If you’ve come to Mumbai and not tried Vada Pav. Dude! You’re missing out on a huge deal in life. The streets are filled with hawkers and small shops selling this ultimate breakfast food that can be eaten anytime during the day or night.

Today, we will tell you about how people have played around with the iconic dish and given it there own twist. Here are 5 offbeat versions of Vada Pav in Mumbai:

You must have got the story here by now. I mean! Isn’t the name enough? Farzi Cafe in Kamala Mills serves The Hidden pav which is basically bread inside the vada.

Can we call it inverse Vada Pav? This chinese version of Vada Pav is all that you need for a great lunch. Think so too?

Where: All Social outlets
How Much: ₹170 plus taxes Latino cheese burst vada pav boast of oodles of dripping cheese from the vadas! Made with potato, beans, jalapeno and spiced up with chipotle, the buns are arranged with lettuce, slice of cheese, cherry tomato and chipotle mayo.

Where: Hungry JD’s, Near Shubharam Ground, Ahead of Eskay Resort, Link Road Extension, Borivali West, Mumbai
How Much: ₹150 plus taxes Love bacon & love vada pav? Them two come together in the Bacon Indulgence at SodaBottleOpenerWala. This is bacon stuffed vada, wrapped in bacon and grilled in bacon butter. Is it beckoning you yet?

Where: SodaBottleOpenerWala, The Capital Building, BKC; Hiranandani Gardens, Powai
How Much: ₹195 plus taxes

Also Read: Try The Bacon Ice Cream At This Dessert Outlet In Bandra

Vada pav goes chicken at Turban Tales. Non vegetarians, are you rejoicing already? Chicken Vada is made with minced chicken and the secret mix of spices. Sounds great, doesn’t it?

Where: Turban Tales, 20, JVLR, Panchkutir Ganesh Nagar, Powai.
How Much: ₹149 plus taxes This image is for representation purposes only.