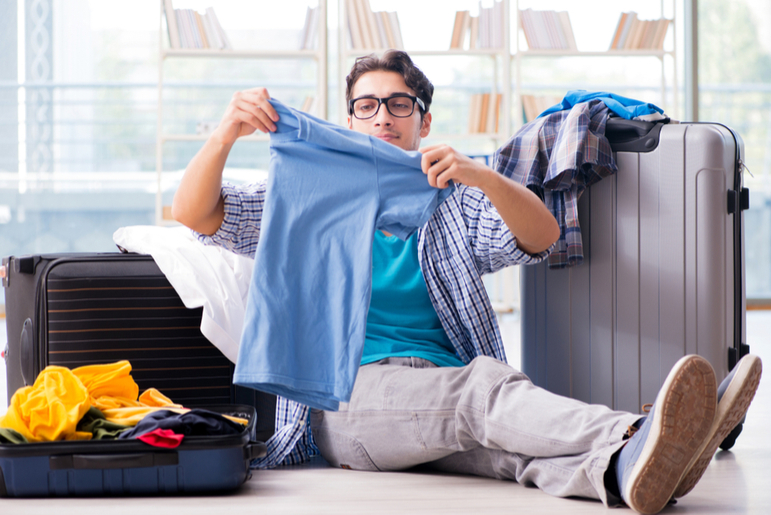 Ryan travelling from British Airways was denied access to the plane when he wore extra clothes just to avoid excess baggage fee.

The stunt was pulled off by Ryan, a British man who was travelling home from Iceland when he arrived at the airport wearing 8 pairs of pants and 10 shirts. Ryan did the same to avoid excess baggage fee which in turn landed him in a lot of trouble later on. He was denied a boarding pass for undertaking the stunt as was seen by Joey in the most famous show on TV – F.R.I.E.D.S. The Airport Security got really rigid on not letting him pass for and later he even got arrested for pulling off such a stunt.

This triggered Ryan and he lost his temper as he was seen uploading videos on Twitter showing his concern about the situation where he says “They’re really having me dress like this to go on, and they won’t even let me go.”

The following day, Ryan made an attempt on returning home on an easyJet Flight and he was stopped again from boarding at the gate because the airline had heard about his behaviour the previous day. The airline then provided him with a refund who made it back home on a Norwegian airline.

Also read: No Cancellation Fee To Be Charged Within 24 Hours Of Booking A Flight