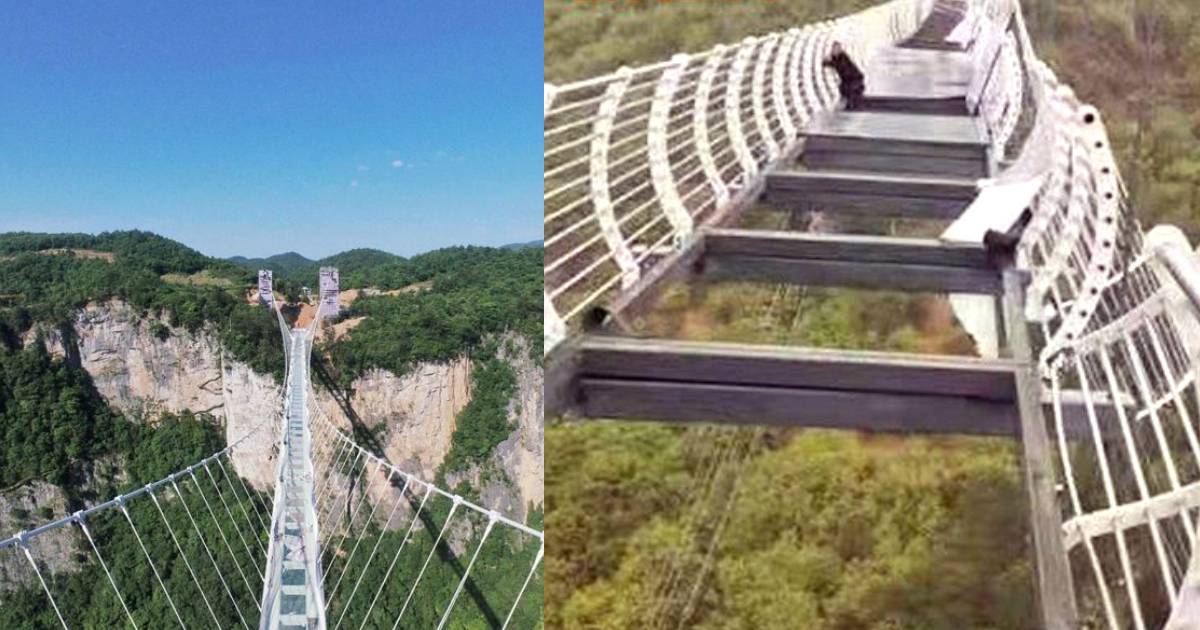 Well, if you are afraid of heights, this would be your worst nightmare. A tourist in Northern China ended up clinging to the railing of a 100-meter high suspension bridge after strong winds shattered the glass panels on the bridge. The man was on the 100-meter-high bridge at Piyan Mountain in Longjing city, which was hit by sudden strong winds. He was stuck on the bridge for 30 minutes before he was finally rescued. This thrill-seeking tourist in China surely got more than he bargained for.

Strong Winds Blew Up Several Glass Panes On The Bridge

After strong winds shattered the glass, the tourist was left clinging to the railing on the verge of a deadly drop. The wind blew up several glass panels trapping the tourist on the bridge. The incident could have costed more damage but the tourist was the only person on the glass-bottomed suspension bridge, designed to give people the illusion of floating over a 100-meter fall. China&#8217;s 459-ft High Bending Glass Bridge Goes Viral On Social Media.

The Tourist Clinged To The Railing Of The Suspension Bridge

However, things took a tragic turn and the illusion almost became a reality when the winds shattered several panels of the bottom of the suspension bridge. The tourist had no way to get back to the solid land because of all the damage created by the winds. According to authorities, the winds suddenly gusted up to 150km per hour. Photos on Chinese social media showed the man clinging on the side of a bridge.

Several Accidents Linked To Glass Bridge In The Past

The glass bridges have become extremely popular among thrill-seekers in China. The most popular one is the Zhangjiajie glass bridge over China’s Grand Canyon which reaches over a 300-meter drop. However, several injuries have been linked to the glass bridges over the years. These 10 Bridges In The World That Will Make Your Head Spin.

We are wondering if you would actually even be on that bridge if you have a fear of heights, would you?