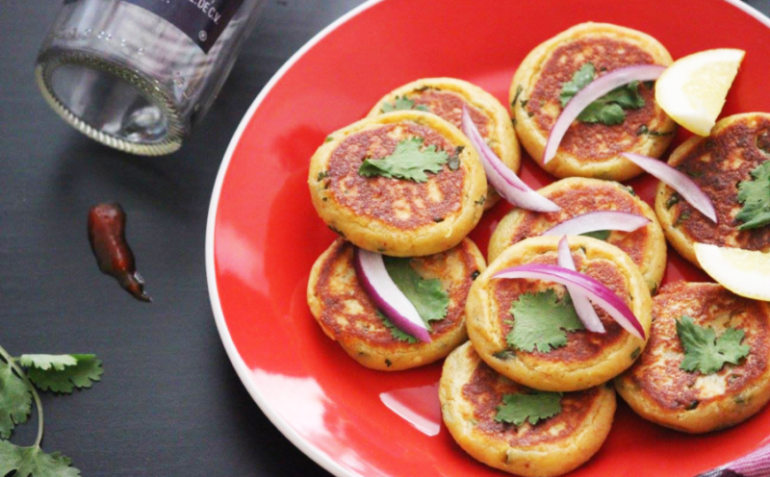 Creating a smashing combo of paan and kebab is Delhi’s Friction – The Drinkery in Gurugram.

If you’re a fan of kebabs, Friction – The Drinkery has come up with a new twist to the regular Mughlai kebabs. The Paan flavored Dahi ke Kebab has to be a total treat. Creating funky new dishes has been their thing and with this paan flavored snack, they’ve hit the jackpot. Imagine a kebab with paan flavor stuffing inside it. You can easily gobble it up, but we’re not sure whether it should be served as an appetizer or a dessert.

While the paan flavor is mesmerizing you with its goodness, Friction – The Drinkery also serves loads of amazing food and drinks that will blend perfectly with each other.

Also read: Get Pancakes Starting From Only ₹50 At This Cafe In Delhi It is a relatively new resto-bar that opened up in Gurugram and has become famous for its concoctions and food items. The interiors are comfy and can accommodate large groups of people, but you can even take bae for date night. It serves mouth-watering food items along with premium brands of spirits only for your consumption. They organize live gigs, and performances by various DJs across the city. The music is fantastic and it’s an amazing new hangout for the young crowd.

Also read: Let’s Give It Up For Bollywood Beats In Delhi