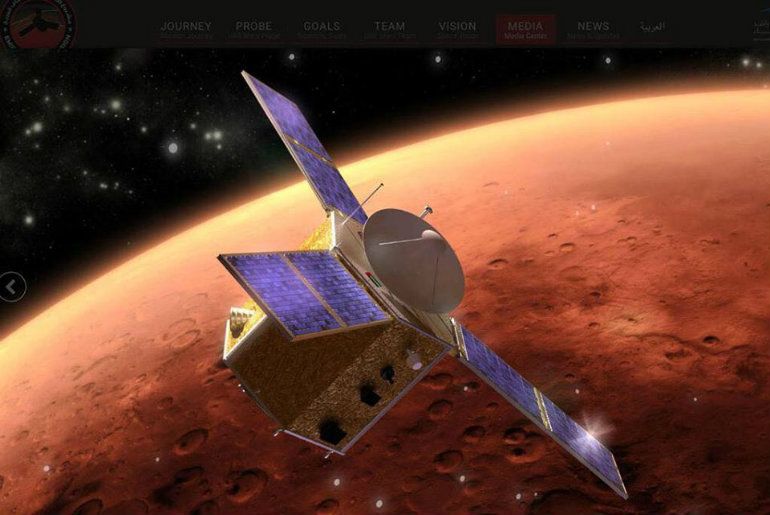 The rocket must blast off from Earth during a brief “launch window” in July 2020. The UAE aims to establish the first inhabitable human settlement in Mars by 2117. H. H. Sheikh Mohammed bin Rashid said that the project is a seed that the UAE plants today and expects future generations to reap the benefits. The project will yield useful information on how to explore and live on Mars in the future & will be a very important stepping stone in humanity’s quest to move mankind off this planet and on to Mars, thereby making us a multi-planet species. The UAE is among the top nine countries in the world that invest in the space sciences. UAE’s Hope spacecraft is set to arrive at Mars in 2021 to coincide with the 50th anniversary of the founding of the UAE.

Dr. Jim Rice, Nasa geology team leader and co-investigator on the Nasa Mars Exploration Rover Project Science Team, is scheduled to visit Dubai this month. He said “The UAE’s mission to build an entire city on Mars by 2117 is an interesting and ambitious long-term project that should yield useful information about how to explore and live on Mars in the future. I am impressed with the UAE’s commitment and its plans for space exploration in both the manned and unmanned sectors & would personally hope to learn more about this effort first-hand while I am in your nation and possibly discuss any future participation in this project. For a space agency that was formed just in 2014, things are moving very rapidly.” UAE’s astronaut selection programme started last year with the goal of sending four Emiratis into space within the next three years.

Dr. Rice will be holding an educational discussion with students at the Space and Rocketry Academy Camp, which is being held from July 15 to August to 23 at the Lapita Hotel in Dubai Parks and Resorts.