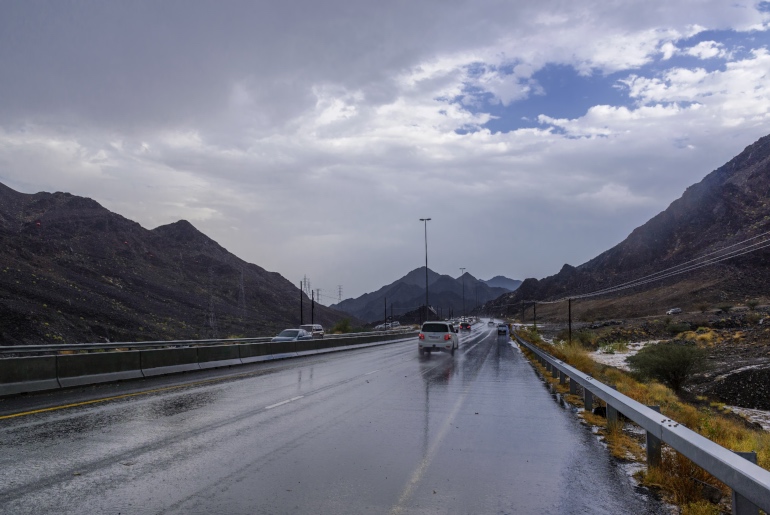 Just when we thought summer has officially arrived in the UAE, the rain gods have shown mercy yet again! Temperatures are soaring, but the National Centre of Meteorology (NCM) has predicted heavy rainfall over the week.

Residents feel the rise in mercury as a temperature of 40 degrees was recorded on Tuesday in Dubai. But now, wet weather is set to return.

In fact, heavy rains are predicted during the nights in the coastal areas in the UAE. Harsh winds and thick layers of dust will prevail in along with a significant drop in temperature at various pockets in the UAE.

Meanwhile, Saudi Arabia is basking in some good weather too! Spring snowfall has painted the country white and residents are delighted. Dark clouds set in over Jabal Al-Lawz in Tabuk on Sunday, turning the area into a white blanket.

Visitors rushed to get a glimpse of the white beauty and some even took to social media to share pictures. Weather authorities warned residents to be extra careful while driving on the slippery roads.