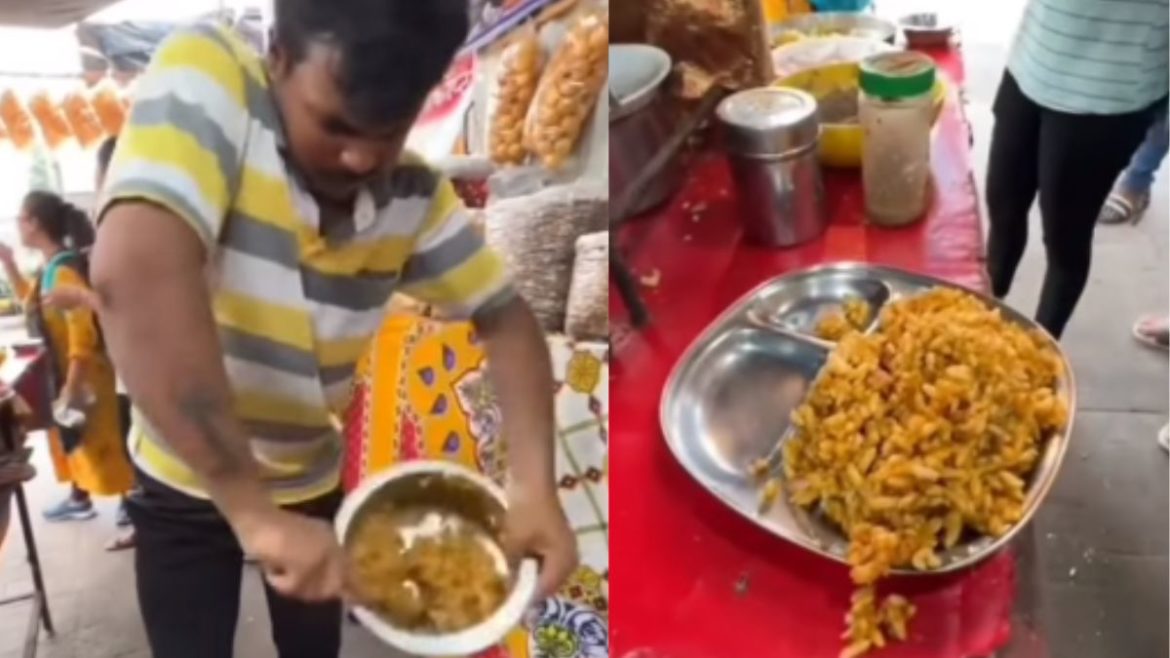 When it comes to street food in India, there’s no denying the fact that bhel is one of the most loved and relished street foods in the country. And the fondness for the flavourful and crispy murmuras has made vendors experiment with it numerous times. And this time we have come across one of the most unique versions of bhel and it will surely blow your mind! It’s the Helicopter Bhel that’s garnering a lot of attention of late. Social media has always brought to light some of the most quirky and fascinating street foods from different parts of the country. And this time it’s Helicopter bhel. Yes, you heard it right! But what exactly is helicopter bhel? Well, read on to find out!

Helicopter Bhel Gets Its Name From The Way It’s Prepared

Recently, a video of a “Helicopter Bhel” is making rounds on the internet and people have grown curious. So what exactly is Helicopter Bhel? Four days ago, the Instagram page Trollgramofficial put up a video of a man making the Bhel at a fascinatingly high speed. So much so that you could even see sparks coming out of the bowl in which he was preparing the bhel. The viral video opens up with the man putting all the ingredients into a bowl one by one and then proceeding to turn all the ingredients in the bowl at high speed with his spatula. With time you can only see the speed increasing and then eventually the vendor stops and serves the Bhel on a plate. The caption of the video reads, “Few more minutes and the Bhel would have generated electricity.” Well, now you know why it’s named Helicopter Bhel!

The Viral Video Has More Than 93k Views On Instagram, Netizens In Splits

Helicopter bhel isn’t the first one to make it to the internet and take it by storm. Vendors often find unique ways to sell their items and it’s totally fascinating to watch. The helicopter bhel that gets its name because of its speed had made people curious and also left them in splits. Netizens have flooded the comments section with hilarious replies. “With steel flavor,” one of the users commented. “Turbine lagake check karo,” another joked. But the funniest one was when one of the users wrote, “Sounds like he’s starting a generator.” The viral video of this Bhel now has more than 93k views on Instagram. Looks like netizens are in awe of the way it’s prepared!