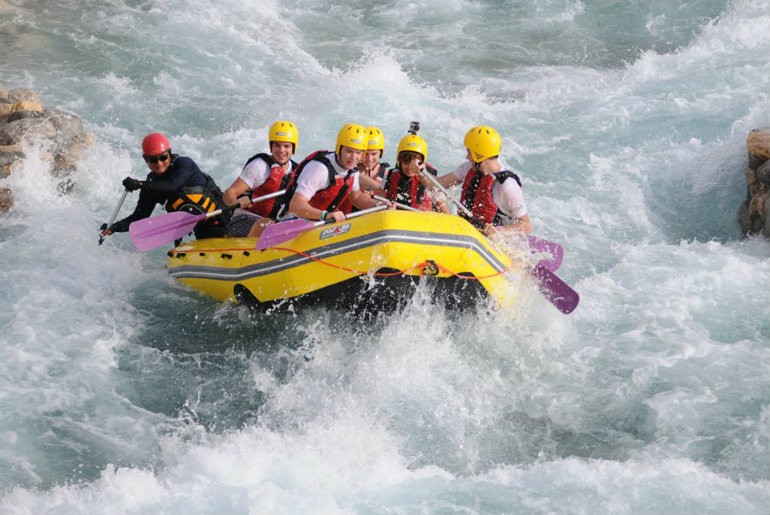 Adventure seekers in UAE can now enjoy the first of its kind man-made surfing facility in the Middle East. Wadi Adventure is Middle East’s first man-made whitewater rafting, kayaking and surfing facility located at the base of Jebel Hafeet in Al Ain also known as the “garden city”. Wadi Adventure prides itself on having the world’s longest man-made whitewater channels of a combined length of 1.1 kilometers and the world’s largest surf pool generating three meter high waves every 90 seconds. The facility hosted the first ever Middle East’s World Rafting Championship in 2016 where 85 teams from 27 different countries came together to compete for the championship. Also Read: Bungee Jump Off A Crane In Dubai

Wadi Adventure in Al Ain is the only water-based Adventure Park in the Middle East that caters activities like surfing, kayaking, rafting and wakeboarding all under one roof. The AirPark includes a two-storey, aerial obstacle course, zip line, climbing wall and giant swing. There’s also a family swimming pool and kid’s splash area, which is heated in winter and chilled in summer. The backdrop of Jebel Hafeet’s mountains, lakes and rivers provides a picturesque location for events such as corporate meets and team building activities as well as weddings and birthday parties.