Sheikh Hamdan, on May 21, introduced his twins to the world with an iconic image that broke the internet. He was holding Prince Rashid and Princess Sheikha so lovingly, and we were in awe after looking at the picture. Ever since the crowned prince of Dubai, Sheikh Hamdan, became a Dad, expats, royalties, and his celebrity friends across the world are sending him wishes and love. And the latest one to send him a cute surprise is Hollywood actor Will Smith. 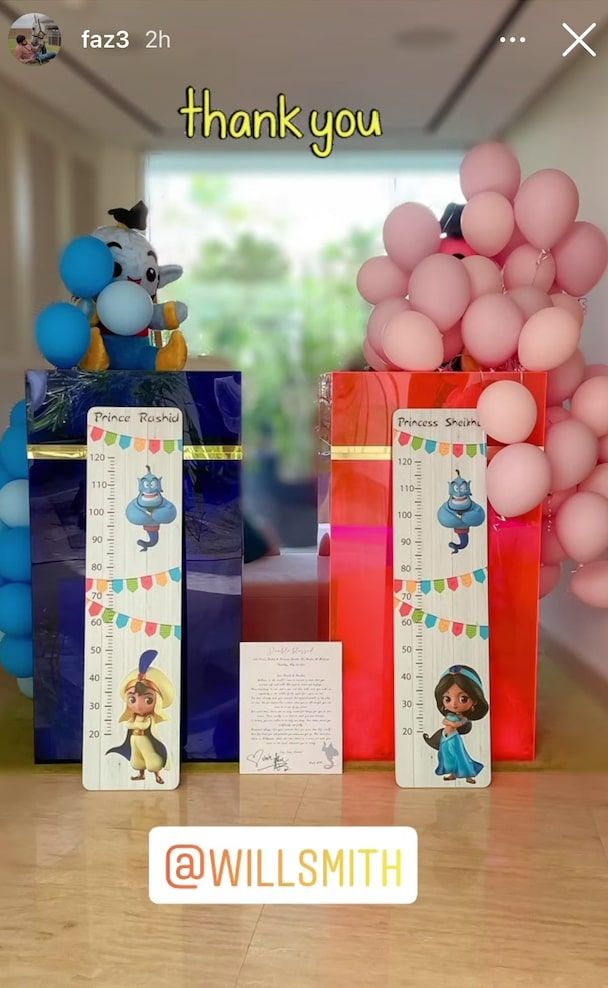 Well, this is not the first time Will Smith has done something special for Sheikh Hamdan in the past- the Hollywood actor gifted the Crown Prince a classic and expensive electric motorbike for all his cycling endeavours. Now that’s some serious friendship goals!

Also read: In Pictures: Sheikh Hamdan Shares Beautiful Images Of Elephant And We Are in Awe

“Congratulations Sheikh Hamdan on your newborn twins. Wish them all the love health happiness and respect @faz3. “