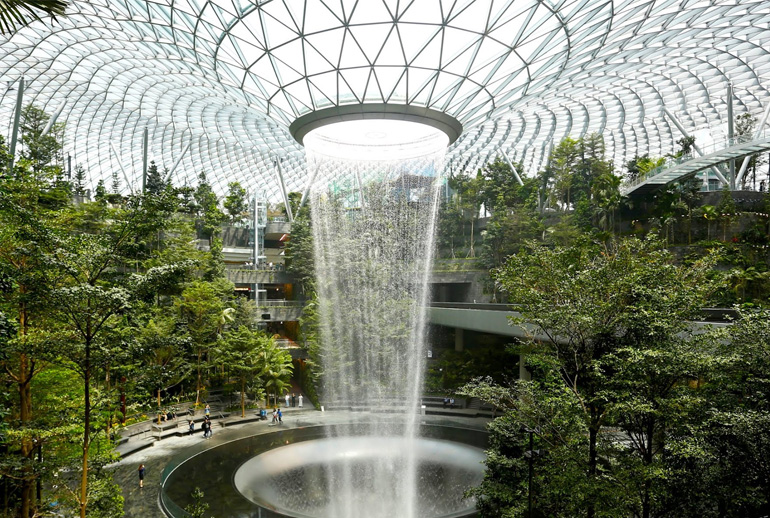 Singapore’s Changi airport is now home to the World’s tallest indoor waterfall. The Rain Vortex is 40-metre tall and is already luring travellers from across the globe.

After being touted the World’s best airport, Singapore has now added yet another feather to its cap. This April, Changi airport became home to a dazzling indoor attraction called the Jewel. A 40-metre tall indoor waterfall is the newest attraction that is luring travellers at Changi. 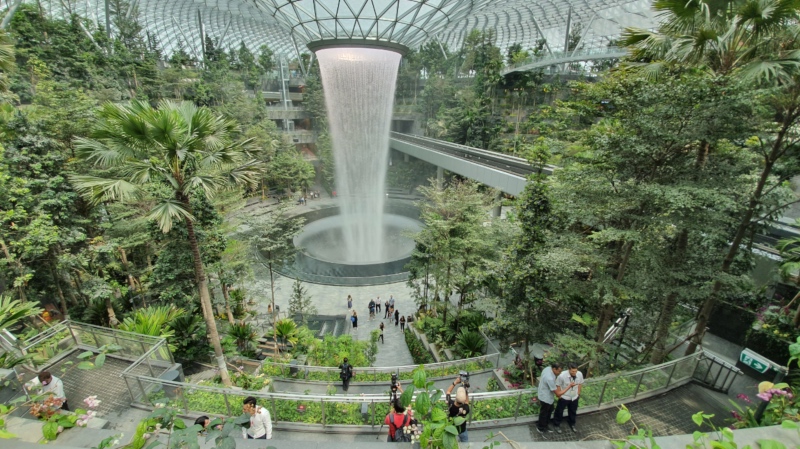 The Jewel Rain Vortex is reportedly the World’s tallest indoor waterfall and is seven storeys tall. The second phase of the project will roll out in June along with a bundle of other features including a 164-foot-long glass-bottomed bridge, an indoor forest, nets for bouncing and walking, mazes, topiary sculptures and more.

The doughnut-shaped structure is designed by noted architect Moshe Safdie and sits adjacent to Terminal 1. The 10-storey structure made of glass, steel occupies over 1.46 million square feet and cost a whopping $1.7 billion Singapore dollars (US$1.25 billion).

Singapore’s Changi Airport is nothing short of a shopping mall or a resort. With many transit hotels, a gorgeous infinity pool, spa and gardens inside the airport, it’s voted as the top airport in the world. It is currently rated as the World’s Best Airport by Skytrax, for the sixth consecutive year since 2013 and is one of the world’s busiest airports.