You Can Now Walk Or…
Planning A Getaway In The…
Citizenship For Sale: Buy Passports…
I Lived In Kolkata For… 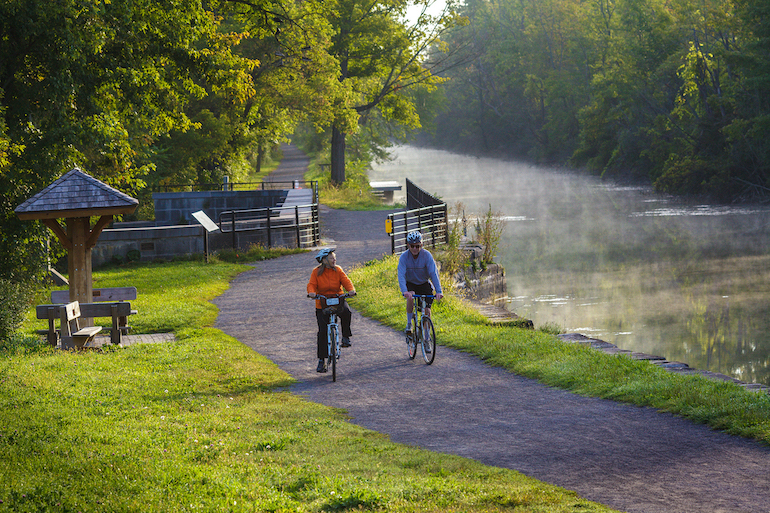 We all have grown up watching Sex & the City, Friends, Gossip Girl and one common point between all these shows is New York. Hence visiting New York and chilling at the central park while dressing up like Rachel has always been on our bucket list. And guess what? You now have a lot more to do in New York. New York has finally completed the work of its 1207 kilometres multipurpose trail that starts from the southern tip of Manhattan and extends till the Canadian border.

Also read: In Pics: Ain Dubai Lights Up The Night Sky In Dubai 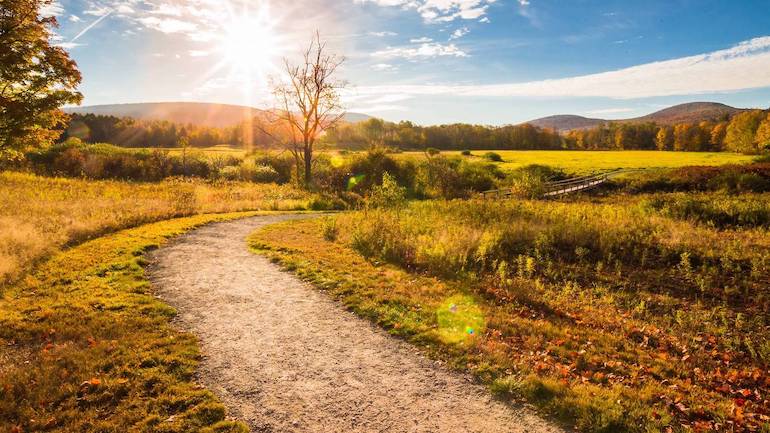 Known as the Empire State Trail, this route connects 643km of previously unlinked off-road trails and adds nearly 289km of new off-road tracks to the state’s network. As part of the project, the state also upgraded 273km of on-road bicycle routes and incorporated several bike racks. The best thing about this trail is that it connects varied popular places like
Hudson River Valley Greenway, Champlain Valley, and Erie Canalway Trail. It provides enthusiasts with an opportunity to explore the picturesque places while enjoying the bike ride or the hike.

So if you are hiker, cyclist, or love trekking, then you have to check this trail out. The Empire State Trail is perfect for you and guess what? State officials have partnered with brewers to create an Empire State Trail Brewery Passport that allows people to earn stamps from an estimated 200 craft breweries located within 16km of the trail. Ain’t this super cool?

With travel restrictions around the world, amid the covid-19 pandemic, this trail is a good option if you are planning to travel from a long time. You can see a full map of its path here.

Mumbai’s Iconic Lalbaugcha Raja Is Back; To Celebrate...