You’re Not Getting Bigger, Airplane…
5 Heritage Properties To Book…
Guide To Applying Your UAE…
FIFA Unveils A Tent City…

You’re Not Getting Bigger, Airplane Toilets Are Getting Smaller! 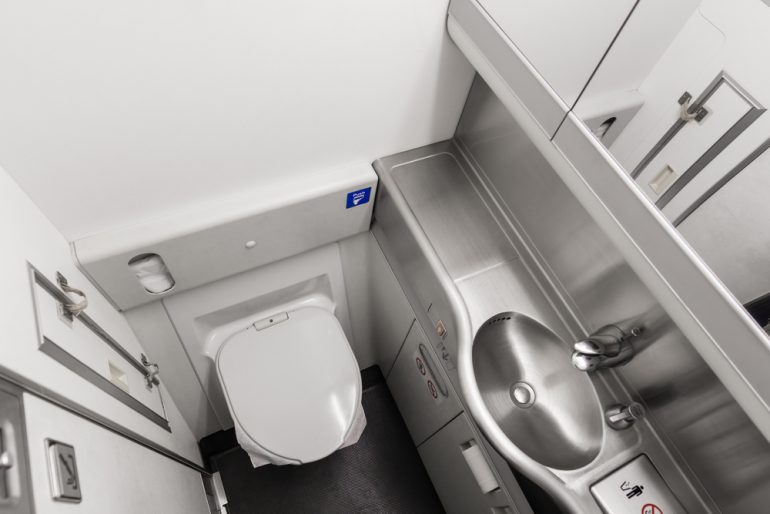 It’s official! We’re not gaining weight, it’s just that airplane toilets are becoming smaller and smaller to squeeze in as many people as possible.

In order to meet the travel demand, airlines are trying to make more and more cabin space to squeeze in a higher number of people within the aircraft. This will lead to space congestion somewhere, and as a result of that, airplane toilets are getting smaller. As we all know, airplane toilets have always been slightly uncomfortable when it comes to space restrains, but as labor and fuel prices are going up but the travel demand seems to be increasing, airlines had to compromise! Get prepared for some more elbow-crunching and reduced legroom inside the lavatories because as economics indicate, this change is bound to stay for a long-term. What Are The People Saying?

Since airplane toilets have become a few inches smaller, the aircraft’s attendants, pilots as well as the passengers are being bothered by it. Slim or compact people are finding it difficult to navigate through the lavatory, and we can imagine what the healthier ones must be feeling.

Are There Any Rules?

Ideally, in a regular passenger aircraft, 10% of the space should be dedicated to the lavatories with business class lavatories being slightly bigger than economic class. But that’s not the case these days. Airlines have decided that lavatories aren’t ‘really important’ and they have managed to add a few extra seats and reduced nearly 3 inches of each lavatory. Passengers aren’t worried about the fact that it’s only 3 inches, but the airlines might not hesitate to trim some more inches in the future to accommodate more seats.

Also read: Should Indian Airlines Be Allowed To Serve Alcohol On Domestic Flights? In this entire scenario, more people are able to travel and airlines are able to accommodate more passengers per flight generating higher revenue per flight that previously. But it is only greatly impacting the in-flight experience of the passengers.