5 Different Ways Navratri Is Celebrated In Different Parts Of India 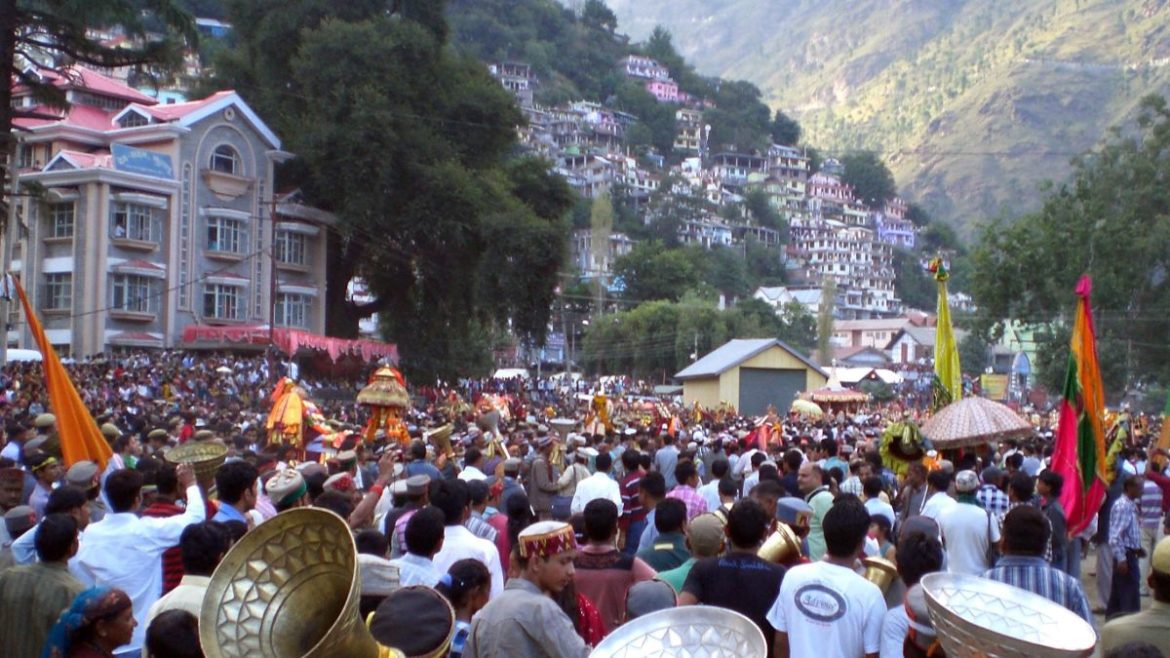 The festive season in India is all set to begin with Navratri in which the nine avatars of Goddess Durga are worshipped. Navratri, the longest Hindu festival in India, is celebrated for nine days. At the end of these nine days, Durga Puja and Dussehra This year, Navratri starts on 26 September 2022. However, each state in India has its own unique way of celebrating Navratri. So let’s take a look at the 5 different ways Navratri is celebrated in different parts of our country.

The Kota Dussehra Mela is the main highlight of Navratri in Kota. The mela is the Dussehra festival fair organized in the month of October in Rajasthan, India. Located on the banks of the Chambal River, Kota becomes a melange of grandeur and color during Navratri. The Dussehra Mela starts off with great vigour and the whole place boasts its rich culture during Navratri. More than 75 feet tall effigies of the demons Ravana, Kumbhakarana, and Meghnad are burnt on Dussehra day to symbolize the victory of good over evil. Truly, a sight to behold! 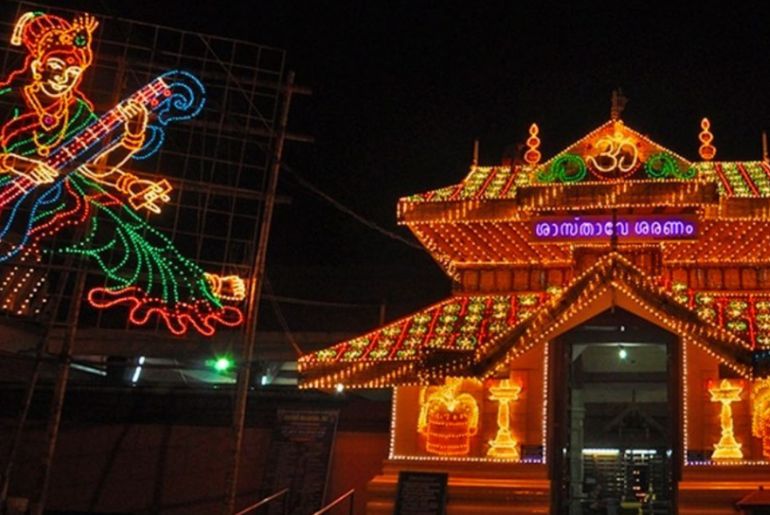 Navratri is popular as Thiruvallakkavu Festival in Kerala and is one of the much-awaited festivals of dedicated to Goddess Durga. In ‘Gods Own Country,’ people also worship Goddess Saraswati on this day. Students keep their books in front of the idol for two days and make prayers and offerings On the tenth day of Navratri, the books are taken back.
Thiruvullakkavu Sree Dharmasastha Temple, located in Cherpu of Thrissur district mostly celebrates the Thiruvallakkavu or the Navratri festival in the Malayalam month of Kanni (September-October). 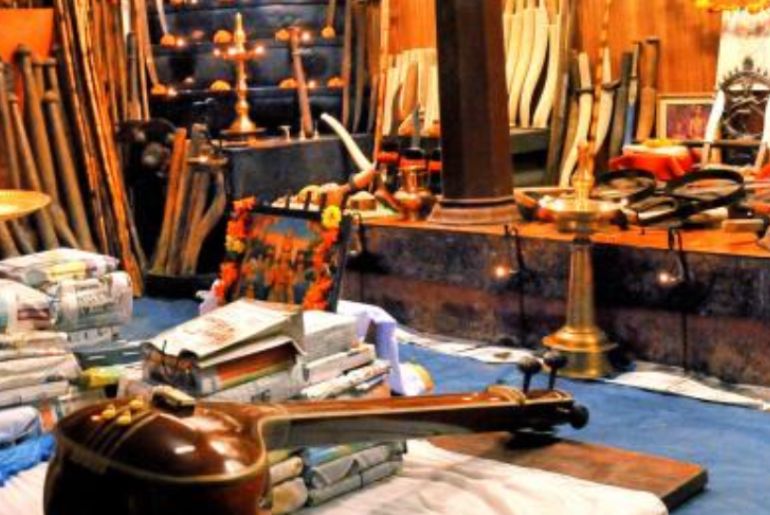 Also read: The Importance Of Anant Chaturdashi And Why Its Celebrated!

Gujarat celebrates Navrati with Garba, the longest and largest dance festival in the world. Indians in
Gujarat celebrates nine nights of dancing as a form of veneration and worship. Devotees, both men, and women, dance late into the night to honor Maa Durga. Numerous people also fast during these nine days and nights. 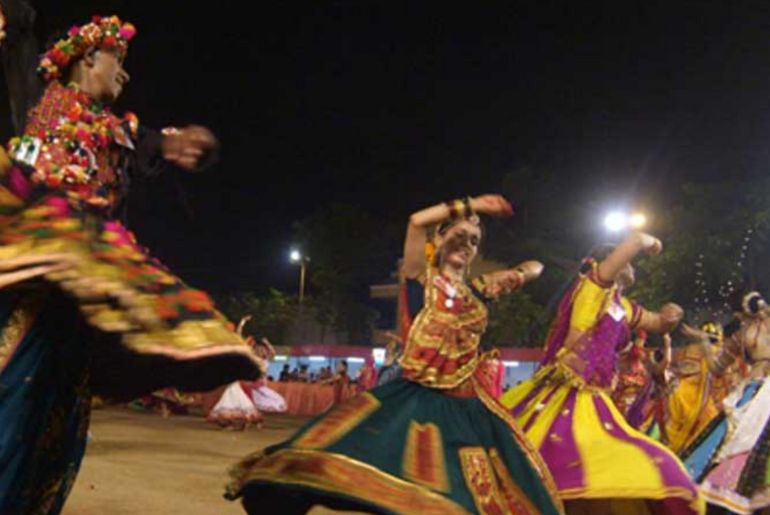 In Himachal Pradesh, it’s the Kullu Dussehra festival that marks the start of Navratri. The Kullu Dussehra is also popularly known as the International Mega Dussehra festival. Held in the month of October in Himachal Pradesh, India, the festival garners more than 4-5 lakh people every year. Devotees from all across the globe visit the fair which is mostly celebrated in the Dhalpur maidan in the Kullu valley during Navratri. 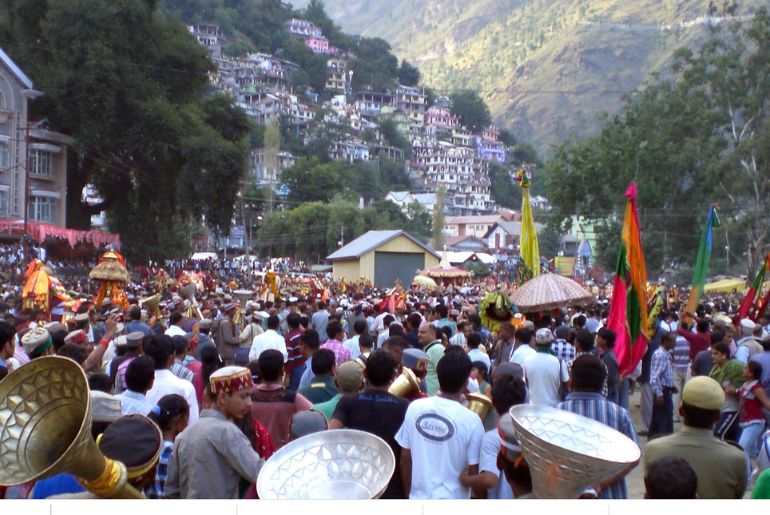 Navratri celebrations are mostly popular as Durga Puja in Kolkata, West Bengal. Also known as Durgotsava or Sharodotsava, Durga Puja in the Bengal region of India pays homage to the Hindu goddess Durga. The puja is celebrated because of Durga’s victory over Mahishasur. Durga Puja is also part of a harvest festival celebrating Durga Maa as the motherly power behind all creation. Navratri celebrations in Kolkata are mostly about exploring the numerous Durga Puja pandals and witnessing the beauty of Goddess Durga in each of them. 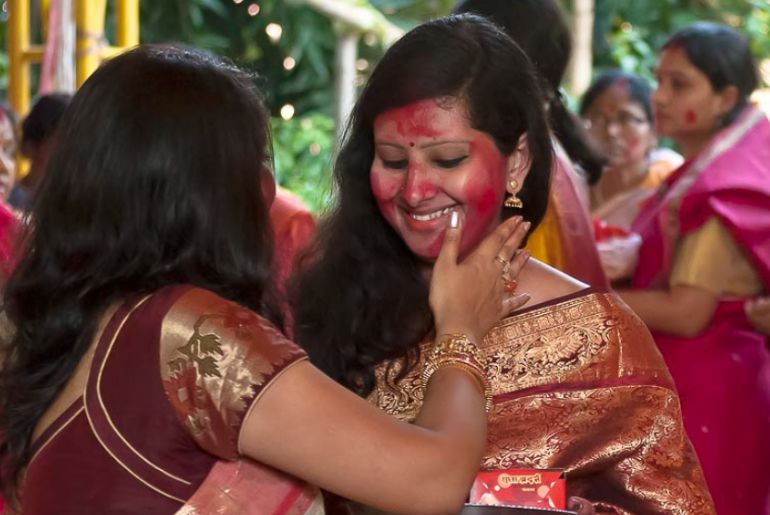 Now that you know how these places in India celebrate Navratri, do tell us which celebration is your favourite in the comments section below.