8 Natural Phenomena Worth Witnessing Once In Your Life 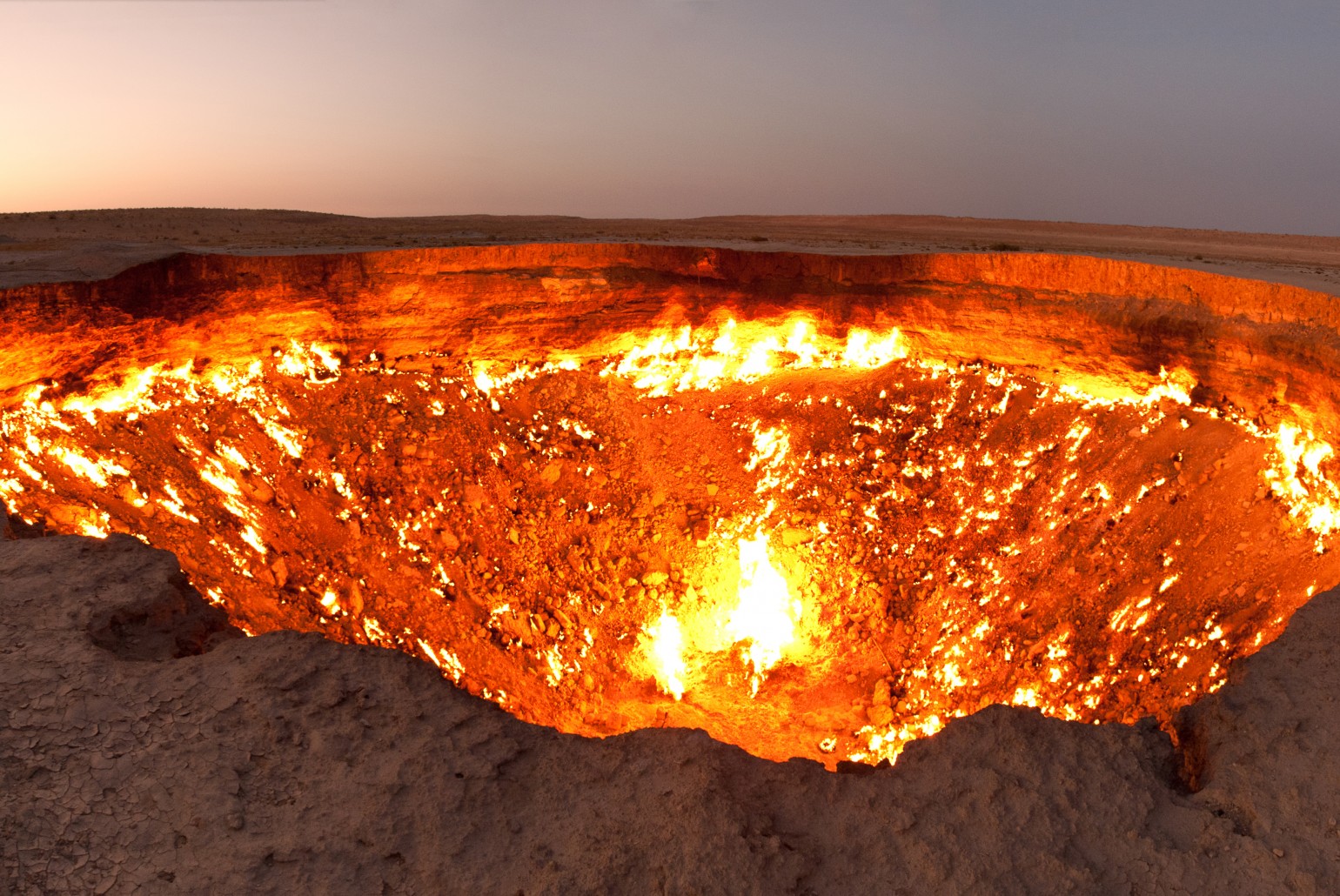 Earth is full of nature’s wonders that can make you go WTF!!! But which is the most phenomenal place have you seen? If you think, you have seen everything, then think again, as these places are going to make your jaw drop. Beyond the aquamarine waters of Maldives and the Swiss Alps, here are some natural phenomena that you must add to your bucket list. Read on!

Imagine clusters of mini clouds spread over a vast expanse of blue. Except instead of sky, they are all trapped under a frozen lake. These mini clouds beneath Lake Abraham in Alberta, Canada are bubbles of the highly flammable methane gas. As spring arrives and the water beneath the ice sheet melts, these bubbles start whirling, trying to escape the lake’s surface. All the dangers of Methane gas aside, these frozen bubbles make a spectacular sight for travellers. If you’re a nature lover, witnessing a migration should be on the top of your list. Every autumn thousands of Monarch butterflies migrate south from America and Canada. Witness these colourful gems of nature at Pismo beach in California. The Monarch Butterfly Grove located here hosts nearly 25000 butterflies each season, before they move on to Mexico. 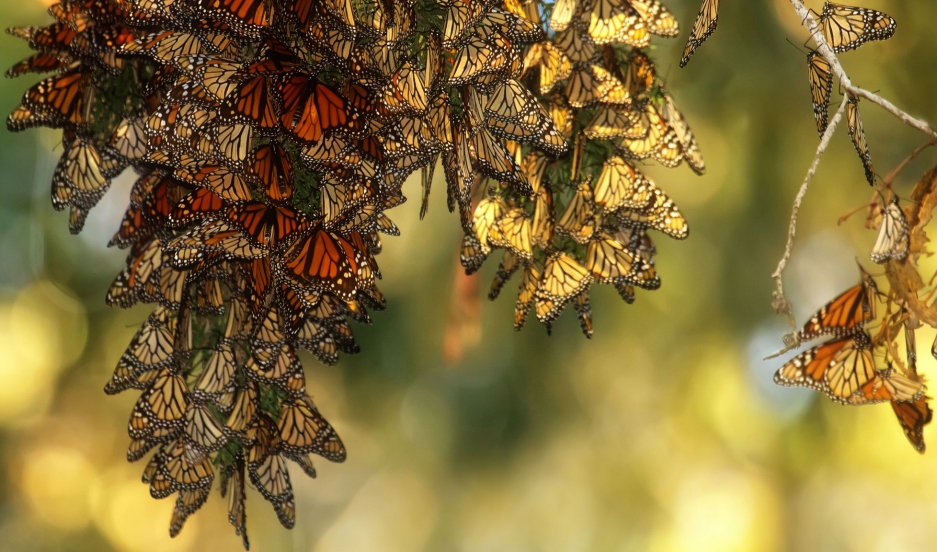 At the foot of Basalt cliffs in Northern Ireland, lie 40,000 interlocked basalt columns, creating a huge natural causeway on the sea. Legend has it that giants strode over the sea from Northern Ireland to Scotland using these columns. Hence the name. Thankfully scientists broke these myths soon and revealed these columns are a result of an ancient volcanic eruption. It is some experience to marvel at nature’s exquisite craftsmanship here.

Want to add some thrill to a spectacular sunset? Watch the starlings gather in formations to do swirly performance in the sky every spring and autumn in different parts of UK & Europe. These lovely avian performances generally happen right before sunset and go on for close to 20 minutes.

Sometimes these flocks get so huge, they cover up the sun creating an eclipse illusion. Now that’s one live performance you shouldn’t miss your trip! 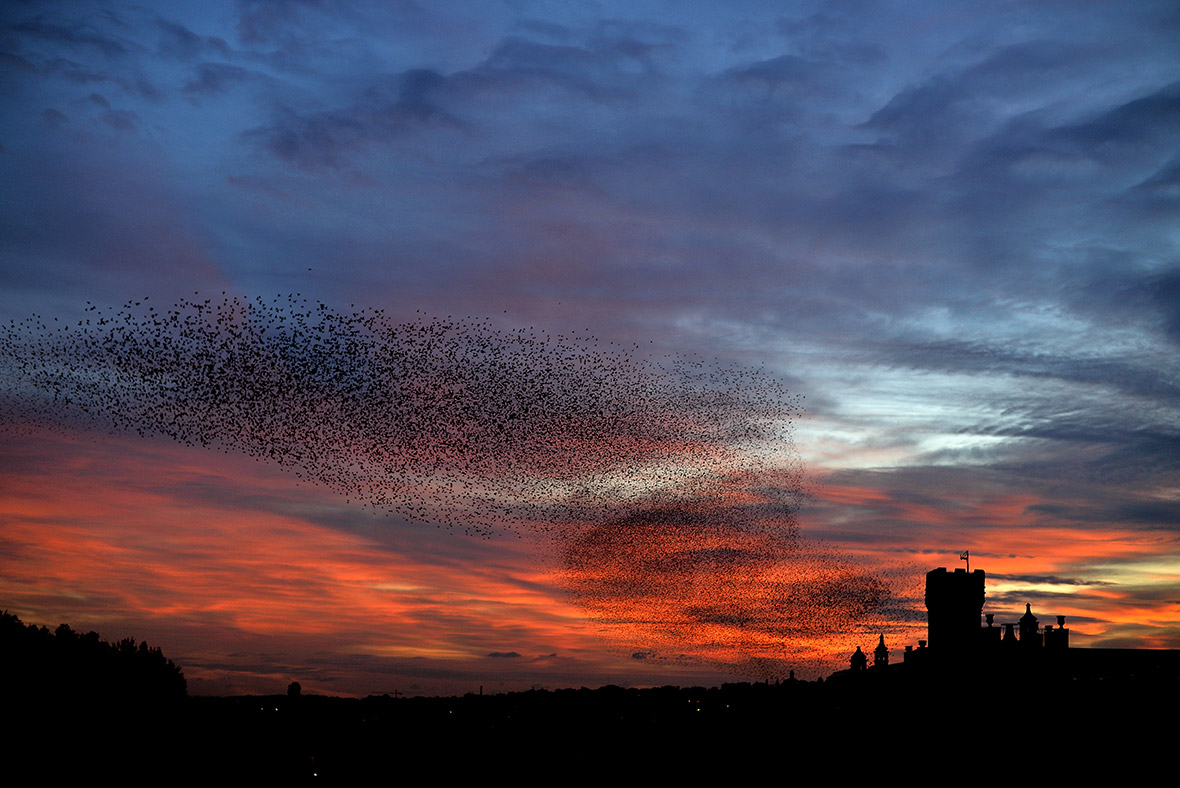 Sure Maldives is known for its stunning white sand beaches and clear blue waters. But some beaches here have even more rare beauties to offer. Beaches at Mudhdhoo and Vaadhoo islands naturally glow in the night light and so do the waves splashing on to them. How do they glow? Well the sea water here is home to thousands of bioluminescent microscopic plants (more like bacteria). If you’re planning a proposal, I say, this is where you should do it. This one is so spectacular, there’s a whole tourism industry built on giving travellers a glimpse of the Aurora Borealis. Around the magnetic poles of the earth, lights do an amazing dance in the sky, as electrically charged particles from the Sun enter the Earth’s atmosphere. To watch this natural light show amidst a freezing snow-white landscape head to the Lapland areas of Norway, Iceland or Finland. 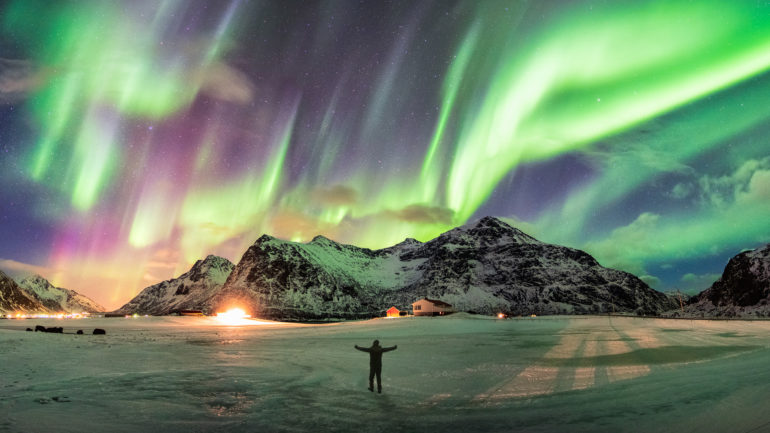 Blue waters too mainstream for you? How about a lake that looks like a gigantic bowl of Strawberry milkshake. Yes that’s Pink Lake located in Western Australia. The algae in this salt water lake produce pigments that cause the water to have a bubble-gum colour. Although it’s not an everyday sight. The lake colour changes with weather and salt levels. Plan a visit in summer, and your chances of seeing this straight-out-of-a-fantasy lake colour will be much higher. 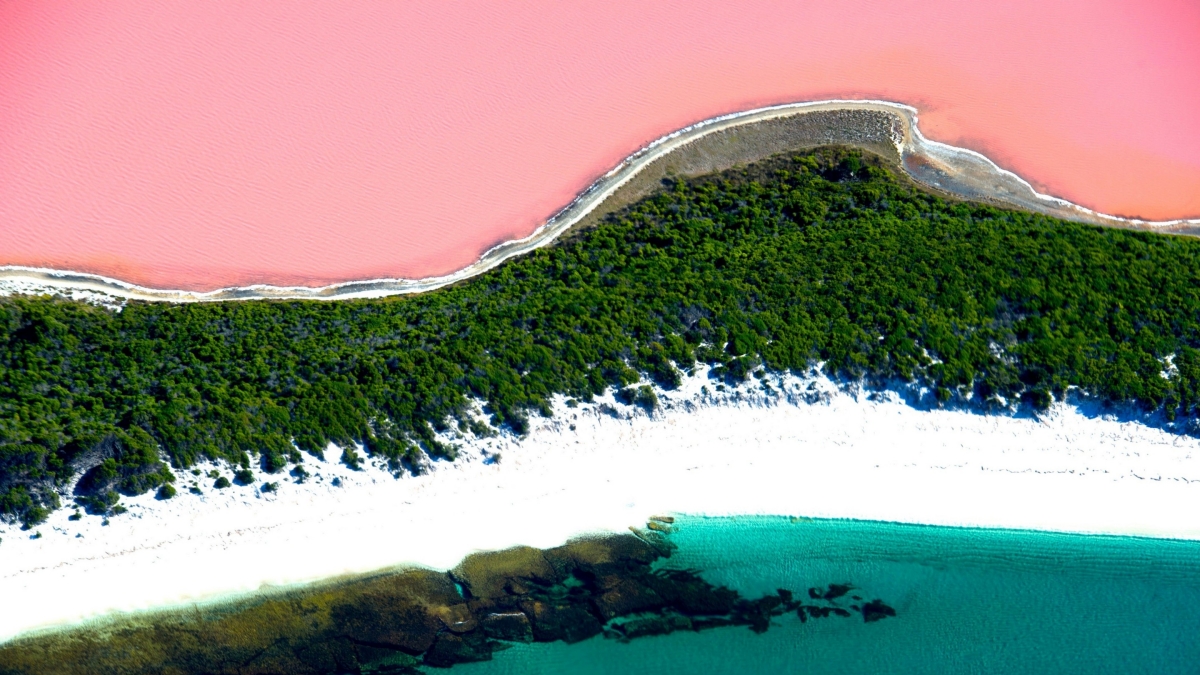 My Mallu and Bong friends, it’s time to pack your stuff and move to Honduras. In a tiny town called Yoro, it rains fish every year. No, I’m not kidding. Happening every year since almost a century, the locals now even have an annual festival in May to celebrate the phenomenon. It is believed that these fish rains are a result of a Spanish priest’s prayers who came to the town in 1855. Scientists have so far come up with no concrete explanation making this miraculous phenomenon worth witnessing. After all, it pours cats and dogs here, not fishes! Do you know of any other such gorgeous sightings? Let us know!