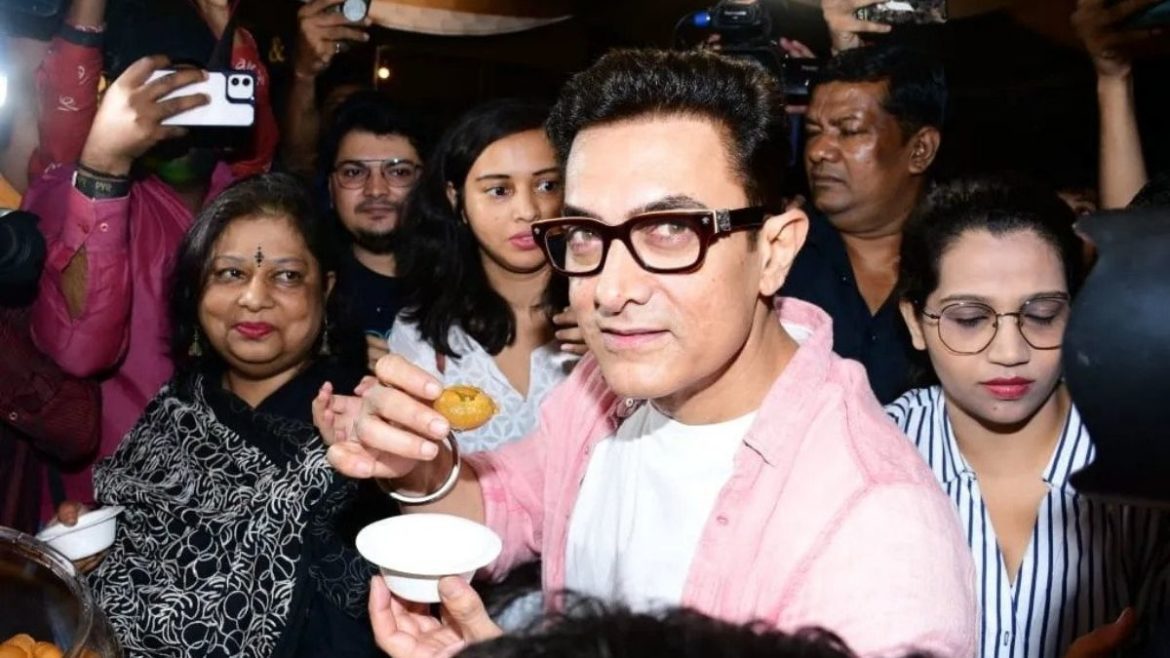 Laal Singh Chaddha is one of the most awaited movies in the industry as well as for all the Aamir Khan fans. The reason is that Aamir Khan’s return to the big screen after nearly 4 years. The actor was last seen on the big screen alongside Amitabh Bachchan and Katrina Kaif in Thugs of Hindustan. Recently the actor was seen in public having Pani Puri while promoting his next, Lal Singh Chaddha.

Caught By The Paparazzi In Juhu

Aamir Khan was on his way for his upcoming movie Lal Singh Chaddha’s trailer preview when the paparazzi caught him relishing panipuri in Mumbai’s Juhu locality. Pani Puri is the most irresistible snack on the streets of Mumbai and seems to have enticed the superstar on his way. The actor was seen having pani puri while he happily posed for the camera. The actor recently launched the trailer of his movie Lal Singh Chaddha on 29th May during the IPL finale and the trailer has already garnered 20 million-plus views. 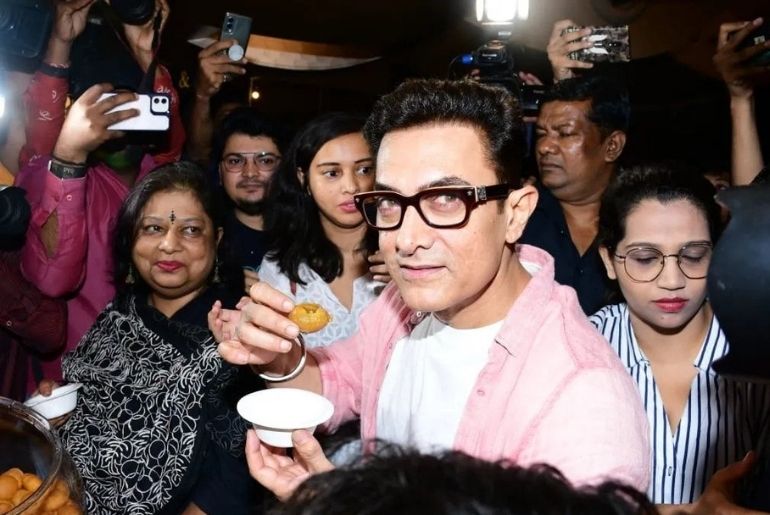 Lal Singh Chaddha All Set To Release On August 11

The movie, directed by Advait Chandan, is influenced by the 1994 Hollywood classic, Forrest Gump. Laal Singh Chaddha, an autistic man, will provide a compelling point-of-view on exemplary events in Indian history. Along with Kareena Kapoor and Mona Singh, the movie also stars Naga Chaitanya. On August 11, Viacom 18 Studios and Aamir Khan Productions will release the movie under their banner.