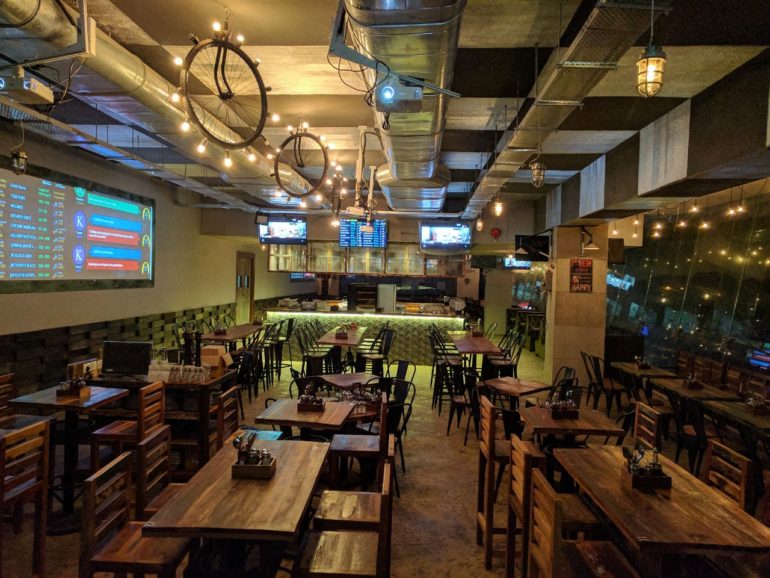 Think you’ve got the gift of gab? How about you use it to negotiate your way to cheaper drink heaven at Agent Jack’s.

Agent Jack’s has opened its newest outlet in Andheri. That’s 10,000 sq ft. of space that’s dedicated solely to having a great time. Their giant bar, right in the middle of the place is a sign of only one thing. Great drinks at great prices. How do you get to those prices? Read On! It’s pretty simple really. Just download the Agent Jack’s app on your phone and bargain your way to cheap drinks. Beware though, their interactive interface – Jack – can fool you with his wit. Psst: here’s a tip just for our Curly Tales readers – the more you order, the cheaper it gets so go ahead take your group’s orders at one go.

Also read: This New Eatery In Andheri Has Something Funky To Try Out Every Week

Molecular Rajma Chawal – that’s what! How crazy is that? This is probably the only place in Mumbai that serves Rajma Chawal with a foam base. They also serve fun stuff like Anda Masala Pav and Locha Naan. Agent Jack’s plans to open another outlet in Lower Parel soon.

Nothing works better than humour, alcohol and discounts and Agent Jack’s seems to have got their concept bang on.