All You Need To Know About Ras Al Khaimah National Museum 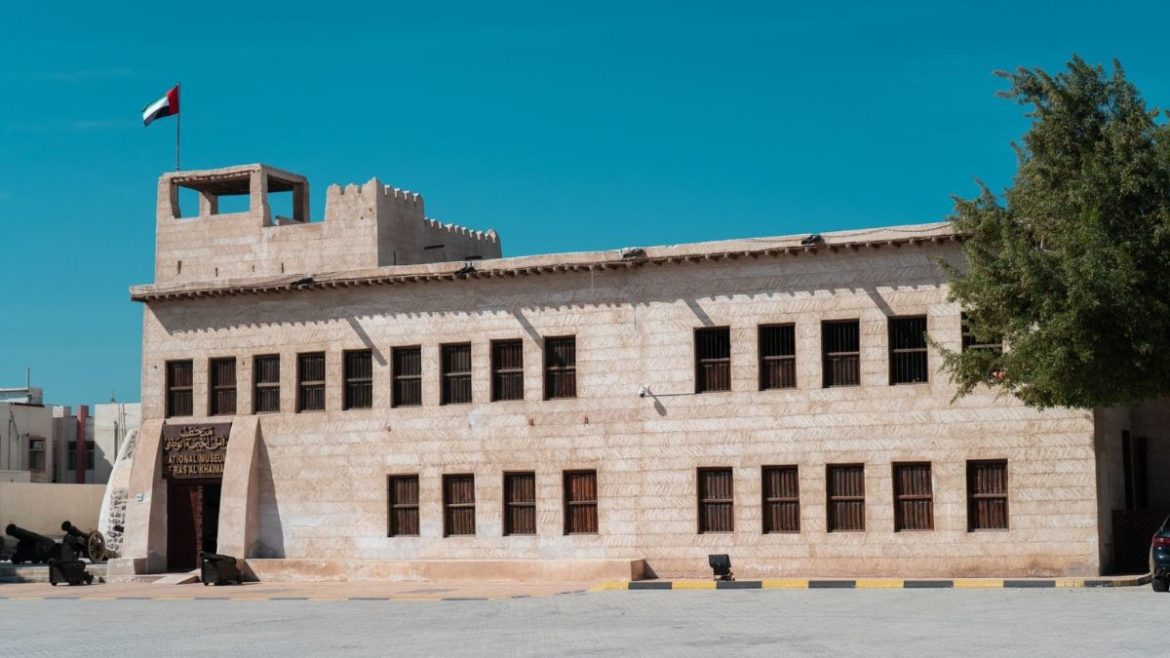 A museum is a low-key place which people enjoy visiting to understand the culture and history of the region. Similarly, Ras Al Khaimah National Museum owns an impressive exhibition of archaeological and ethnological antiques. The Old Town neighbourhood of Ras Al Khaimah city is home to this museum. It is one of Ras Al Khaimah’s must-see attractions and also the most well-known museums in the UAE.

The Late Fort in RAK is the actual spot where the Ras Al Khaimah National Museum resides. The ruling Quwasim family lived in the fort until 1964. The museum initially served as a residence to a royal family following the prison and police headquarters. Then finally it turned into a museum in 1987.

Architecture Of The Museum

It has undergone continual expansion throughout its dramatic history. Its architecture showcases a great range of traditional techniques. The ‘Late Fort’ offers an interesting look into the past and customs of this region. It exhibits historical, anthropological, and archaeological items related to the emirate of Ras Al Khaimah.

What Are The Attractions To Explore?

Apart from digging up the archaeological and ethnological artefacts, RAK National Museum offers you a whole fort to explore. They have exquisite galleries that have a range of art that might delight you. The collections revealing the culture and history of the region are immensely attractive. So let’s understand the attractions in depth.

The construction has a gallery on the first floor. Many of the artefacts came to the museum as a donation by the Quwasim family and locals of Ras Al Khaimah. Numerous archaeological investigations, surveys, and research initiatives in the field of science have been carried out by the Department of Antiquities and Museums. The items discovered provide important details and insights into the region’s culture and traditions.

Fishing nets, old coins from the 19th century, cylindrical seals, and syrup are all part of the museum’s collection. All of the display rooms are tastefully placed around the interior courtyard and are accessible through a massive oak door with traditional carvings. Early settlers through the end of the Islamic era are clearly depicted in the collections. Traditional Emirati life is visible in the immersive ethnographic exhibit. Similarly it also consists of pearl diving, date agriculture, fishing, farming, and old architecture.

Exploring The History & Architecture Of The Fort

The fort built from coral blocks and stone was quite similar to the other traditional Ras Al Khaimah homes. The material’s strong insulating qualities and light weight helped to keep the structures warm in the winter and cool in the summer. All other construction was done after the peace agreement with the British was signed in 1820. The original structures had a central courtyard and were two stories tall. Another structure in the courtyard is namely a wind tower. It served as the fort’s cooling system by drawing a breeze into the room below. Craftsmen specifically employed conventional mortar applications after recent restorations.

The museum is open from Tuesday to Thursday, Saturday & Sunday between 8 am to 6 pm. Fridays it operates from 03:00 pm to 07:30 pm. On the other hand, Mondays are closed. The entry ticket is just AED 5 for adults and AED 2 for kids. The RAK Museum resides on Al Hisn Road in the city.

That’s everything you need to know about the Ras Al Khaimah National Museum.