Amarnath Yatra To Begin And…
Travelling From UAE To Pakistan?…
Malayalam Actor Mohanlal Fulfils Wish…
You Can Now Travel In…

Amarnath Yatra To Begin And Here’s Everything To Know! 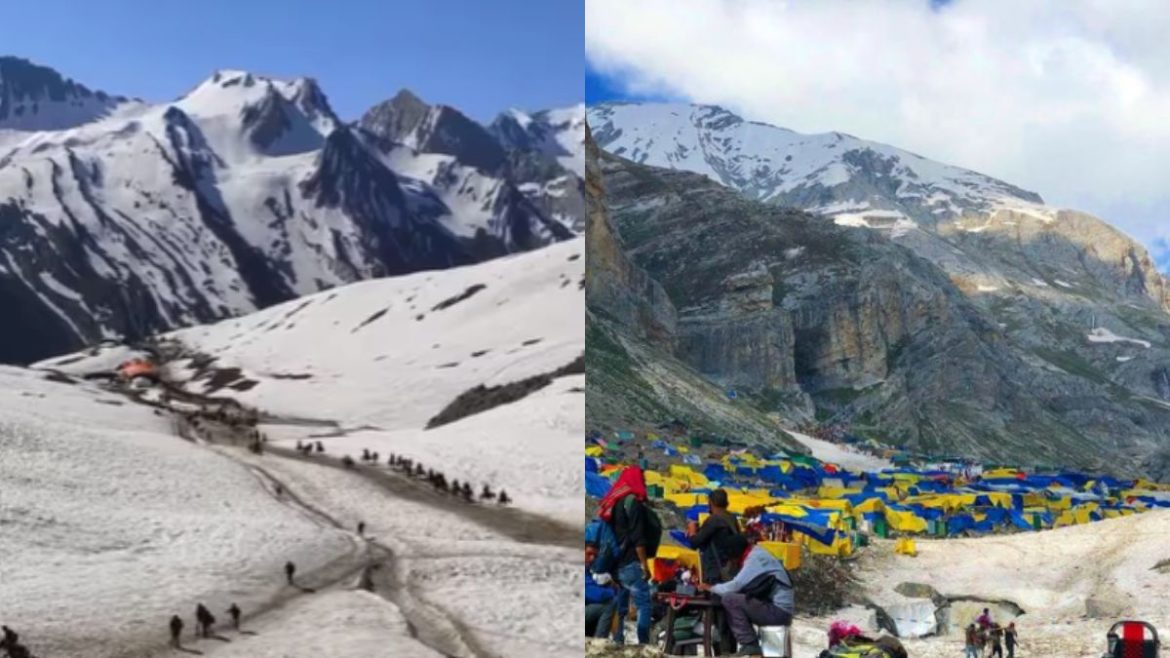 One of the much-anticipated Hindu pilgrimages, the holy Amarnath Yatra, begins on June 30, 2022, and will continue till August 11. After being on hold for three years due to the Covid-19 pandemic and the Article 370 abrogation in 2019, it is finally taking place this year. With only three days left for the final journey to begin, the tent set up in Baltal base camp for pilgrims is also nearly done. Eight lakh pilgrims will participate in this year’s journey to the Amarnath Shrine, tucked in 3880 metres height in the upper reaches of South Kashmir.

Hundreds Of Tents Set Up At Baltal For Amarnath Yatra

A tradition, the locals set up tents for the pilgrims, which the government arranges. These tents will occupy up to 10 individuals inside each of them. A yearly occasion, the Amarnath Yatra provides immense opportunities for the locals to earn their living. Pony men, shopkeepers and tent agencies make a great deal during this time. This year, to cope with a big number of pilgrims of over eight lakhs, the tent setups across various routes have also increased from 29,000 – 70,000.

Security Arrangements For The Amarnath Pilgrims

Strict security arrangements have been put in place for the successful completion of the Amarnath Yatra and the safety of the pilgrims. Security personnel from CRPF, BSF and SSB forces have been deployed on both the traditional and short routes to the shrine. There were military attack threats following which the government has undertaken strict security measures to maintain the safety of the pilgrims.

The pilgrim convoys will be escorted by security vehicles, as there were reports of military threats to pilgrims undertaking the Amarnath Yatra. Apart from that, the Amarnath Shrine Board also made radio frequency identification for travellers mandatory for the real-time tracking of pilgrims and monitoring them.

Also Read – Amarnath Yatra To Commence On June 30; Here’s Everything You Need To Know