Eat For Just 20 Bucks In This Amazing Joint! 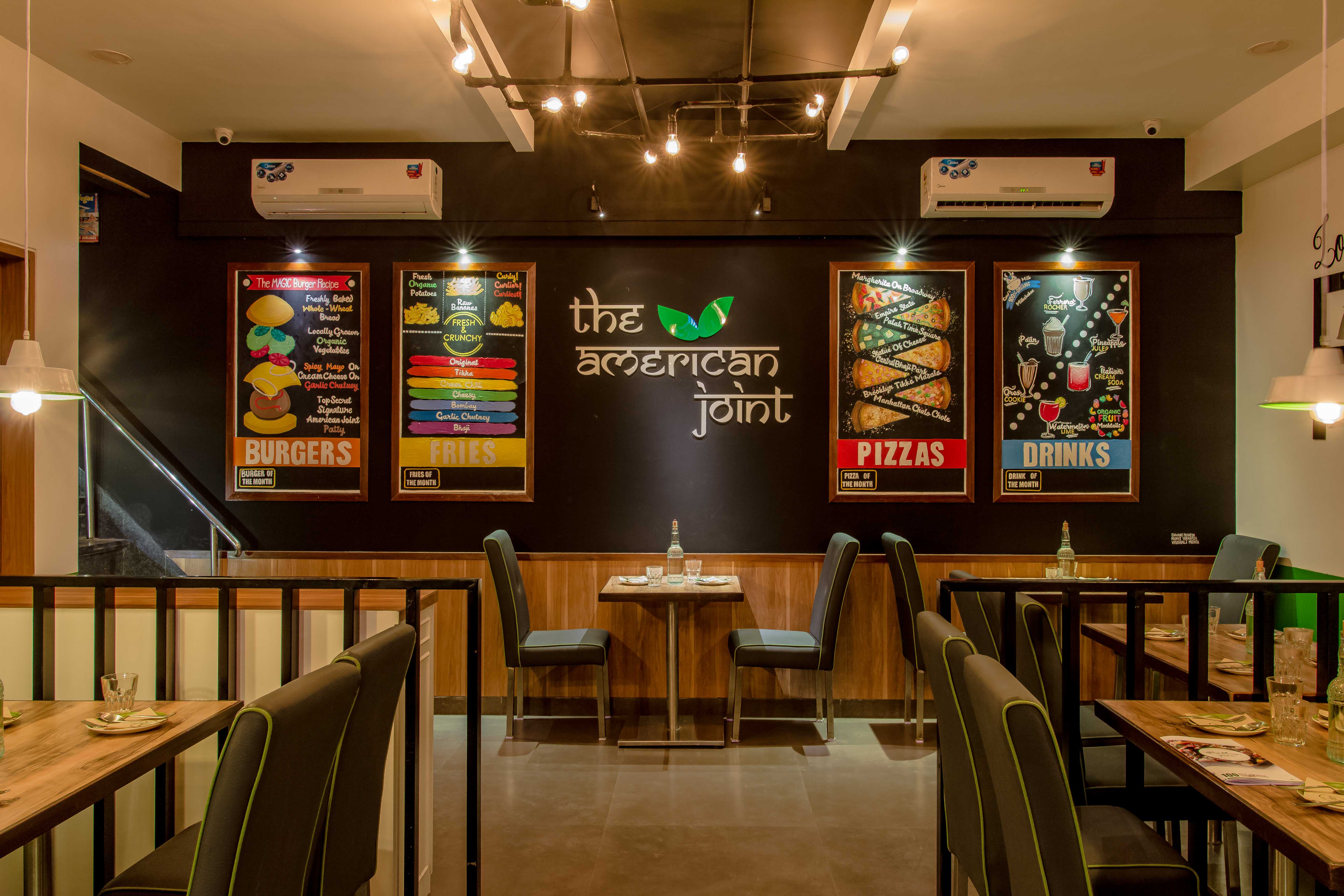 The American Joint opens on the ​​20th of March and as part of the ​​Mega Launch Week, you can order their entire menu for just ​​Rs​ 20.

Remember all those diet pics filled with salads, broken souls and empty dreams? We’ve come to rescue you from that bleak landscape. Say hello to The American Joint – a place where you get served real food, full of organic goodness and most importantly a meal that is bursting with flavor and deliciousness. Try Some Feta with your Watermelon

We haven’t gotten to the best part yet! As part of its Mega Launch Week (20th to 26th March), you get to spin a ‘Meal of Fortune’ and if you’re lucky buy nachos, pizzas, fries, burgers, waffles or an ice cream sandwich for just 20 bucks! Let The Hunger Games begin and may the odds be forever in your flavor!

The motto of The American Joint is to bring the concept of Organic food to India and it aims to offer and serve real food with its real taste intact. The menu is a mix of Modern American Cuisine & raw Indian flavors using 100% Organic fruits & vegetables. Now if you think this joint is just one of those places you go to after gym, then you’d be about as wrong as that guy who never does legs! The American Joint has been tastefully done place and loads of yummy food. What else do we want?

Oh! It also has a small library for you bookworms there. Small Library in The American Joint

The menu at The American Joint is a mix of Modern American Cuisine & raw Indian flavors, a result of what happens when an American Chef meets an Indian “Maharaj”; together creating an array of Indo-American culinary delights. When Prime Minister Modi visited America, President Trump declared that he “loves the Hindu.” The American Joint declares that they “love to FeedU.” To indulge your sweet tooth, try out their Jalebi Ice Cream Sandwich. No really! It’s literally what it sounds like. Jalebi, ice cream and a good ol’ American sammich!

This place serves only mocktails and boy is it good! We suggest the Green Chili Watermelon Coconut Fizz (spicy coconutty kick to our watermelon fizz). You can also try Pineapple Julep (pineapple, orange juice, sparkling water, mint, ginger and lemon). If you find yourself in the need of a little pampering, try out the Khaike Pan Banaras Shake Wala. One sip of this and you’ll hear Amitabh Bachchan singing for you himself.

How Much: Approx INR 850 for two
Where: Ground Floor, A-AHCL Homes, Link Road, Opposite Shimpoli Telephone Exchange, Borivali, Mumbai
When:10:30 AM – 11:00 PM

So, guys now you know where to head for your organic food delights. Right?