Anushka Sharma Invests In This…
How Noida Rebranded Itself Into…
This Nature-Themed Cafe In Guwahati…
KFC Japan Buffet With Pizza,… 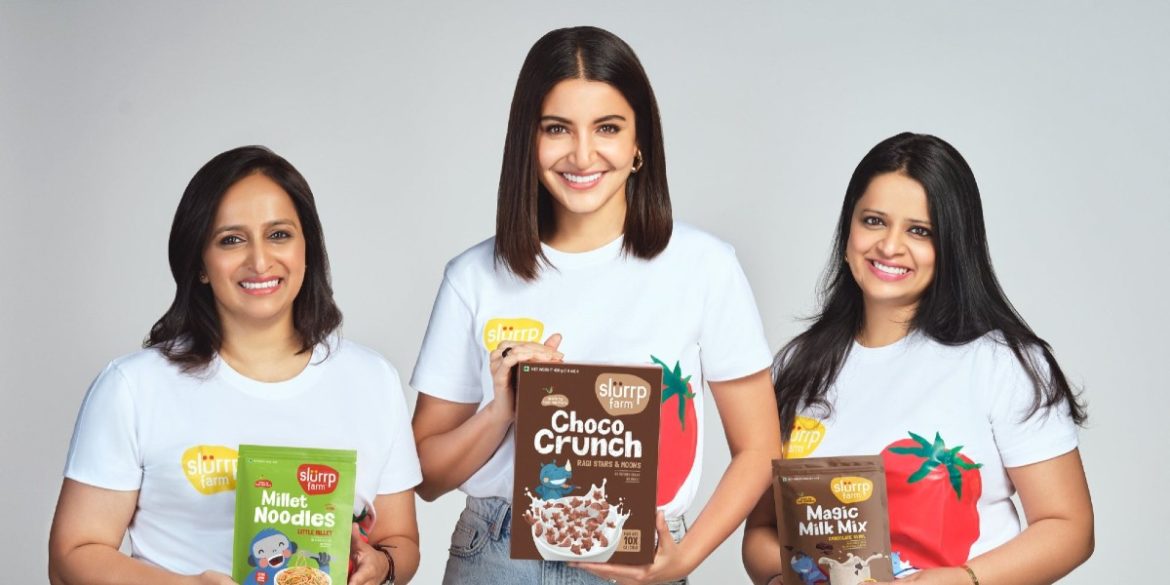 After actors like Arjun Kapoor, Naga Chaitanya, Shilpa Shetty and Malaika Arora Khan, Anushka Sharma has forayed her way into the food industry. The talented actress has invested in a food brand called Slurrp Farm, which makes healthy millet-meal products for young children. Here’s everything about it.

Anushka Sharma is now an investor and the brand ambassador for Wholsum Foods’ flagship brand Slurrp Farm. The Gurugram-headquartered company is a millet-based meal and snacking brand targeting young children. Sharma, a vegetarian, is known to invest in vegan and environmentally-friendly startups. She revealed to news agencies that after she became a mother, she wanted her daughter Vamika to develop healthy eating habits from a young age.

Also Read: Virat-Anushka Say That They Miss The Taste Of Meat But Are Following A No-Meat Diet

She decided to invest in Wholsum Foods started by two mothers who were also on a mission to encourage children to eat healthy food instead of junk food. As a mother who also believed in the same, Anushka Sharma hopes this partnership will help nurture India’s rich heritage of millets and also propel the young generation towards a healthier lifestyle. You can currently purchase Slurrp Farm millet meals on platforms like Amazon, Big Basket, Swiggy Instamart, First Cry and more. Meanwhile, did you know Curly Tales visited Virat Kohli’s restaurant in Delhi?