Arabic food lovers, rejoice! Bahrain’s iconic restaurant Tikka & Kabab Ameen is all set to make a debut in India with 8 outlets in Bangalore and one in Kochi. The eatery is famous for its succulent kababs, grilled chicken, shakshouka, tikka and fresh bread from the tandoor. The Bahrain-based Tikka & Kabab Ameen, established in 1948 will open its outlets in India by mid-December as part of its expansion plan in the country. Read on to know more.

Tikka & Kabab Ameen signed an MoU with PKS Hospitality, a Kerala centred, a pan-India firm that has Tellichery Kitchen outlets and IRCTC food courts. With 8 outlets of Tikka & Kabab Ameen opening in Bangalore, this is delicious news for carnivores and Arabic food lovers in the city. Uday Mukundan, Vice-President (Operations), Dividend Gate Capital, revealed to BusinessLine that they initially plan to focus on South India and shall later open around 80 outlets in metros and Tier II cities in the country. 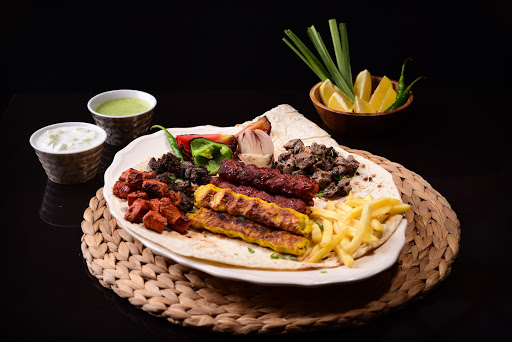 He also said that with the lifting of Covid-19 restrictions and health-concious food trends spreading,  this Arabic restaurant will attract people to all the outlets in the near future. The menu at Tikka & Kabab Ameen’s outlets in India includes the usual tikka, kebabs, fresh bread from the tandoor and n array of breakfast dishes. The restaurant is famous for its egg-based dishes like Fried Egg and Egg Shakshouka. With health watchers on the rise, Middle Eastern cuisine will slowly take over India, as foodies continue to scout for authentic Middle Eastern food, apart from the shawarma ofcourse. Meanwhile, here’s a video of the longest kebabs in Mumbai.