Slay It Like Barack Obama On Your Next Vacay 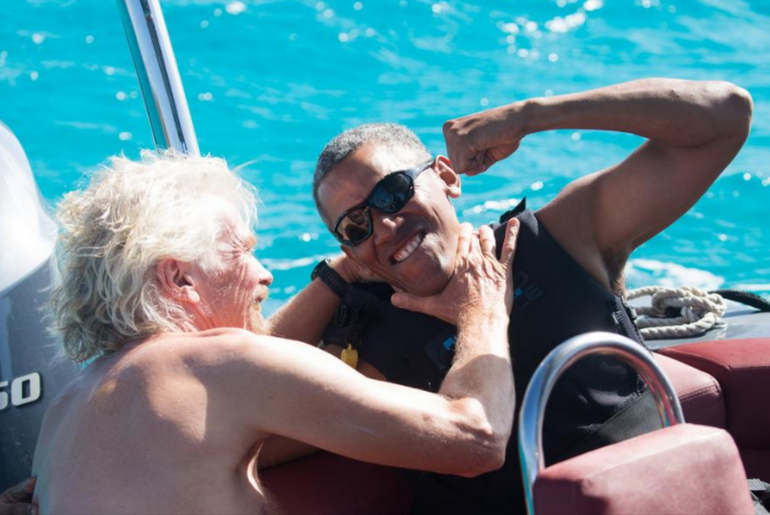 Richard Branson, business magnate & founder of Virgin Group, invited Barack Obama and his wife Michelle Obama, to kitesurf with him at his Virgin Islands pad.

After serving the US as President for two terms (eight years at that!), Barack Obama gladly embraced the opportunity to go on a well-deserved break! Below is the video Branson shared from the epic vacay!

Not jealous yet? Check out the pictures!

Former President Barack Obama & business magnate Richard Branson go kitesurfing at the latter’s retreat on Necker Island. Any guesses who slayed it between the two? Pictures: Jack Brockway/Virgin Handout via REUTERS FOR EDITORIAL USE ONLY TPX IMAGES OF THE DAY

BABY COME BACK I CAN CHANGE pic.twitter.com/BgFbr4nA6Q

Trying to imagine the chaos that America is while Obama is on a vacay? krazyfrog nails it!

Looks like Obama isn’t done slaying it at his vacay but America seems to be already missing their US ex-president and want him back!