Bengalis Eat Non-Veg During Navratri & Here’s Why The No-Fasting Policy Is Completely Fine! 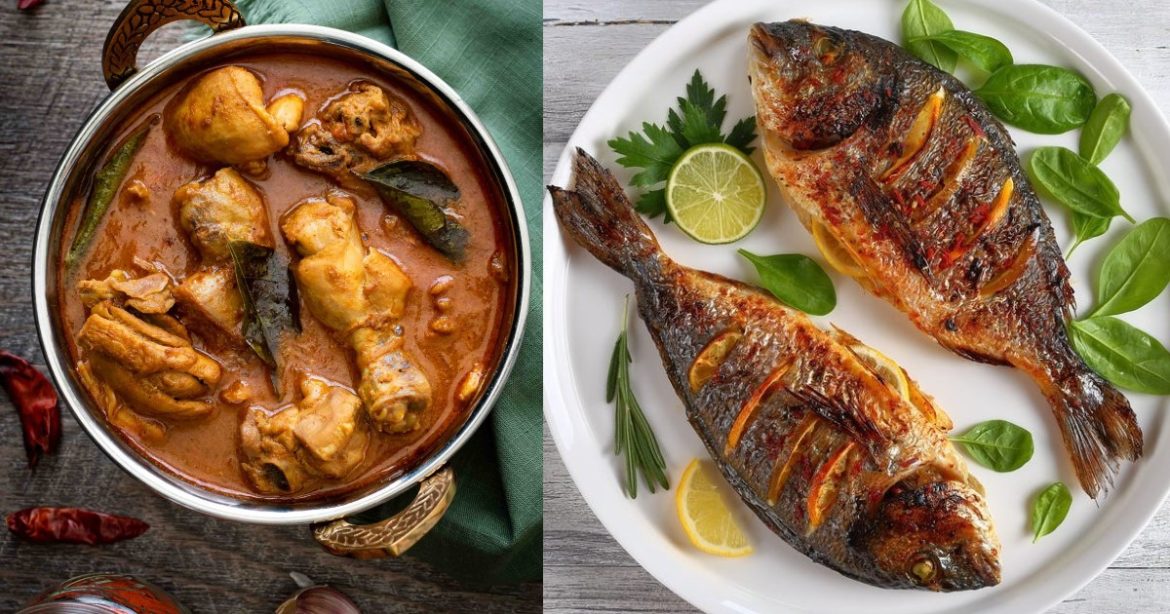 Why is non-vegetarian food sold outside Durga Puja pandals? This is one question probably all Bengalis are tired of hearing, especially from people outside Kolkata. Well, if the very utterance of the word ‘Bengali’ reminds you of fish and roshogolla, you’ll know the answer too. No celebration in Bengal is complete without mach, mangso and mishti ( fish, meat and sweet). And Durga Puja, which falls around the same time as Navratri, is our biggest festival. So, cutting down our favourite foods from our diet during Durga Puja would be a crime against the gourmet within us. Also, we do not just treat Durga Ma as a Goddess. To Bengalis, Durga Ma is the mother and the daughter. And how can we not celebrate her homecoming with the best of our dishes?

Having said that, there are multiple reasons for bongs being lenient with non-vegetarian diet. It is, in fact, a quintessential part of the food system of the Bengalis, sometimes even spiritually. Here are some reasons why:

Meat Is Consumed To Celebrate The Victory Of Good Over Evil

According to the Shakta tradition, Durga Ma is regarded as Shakti (the supreme power). Durga Puja is the celebration of the victory of Durga Ma over Mahishasura. Metaphorically, it is the win of good over evil. The joy of the victory is celebrated by feasting on sacrificial meat and fish. 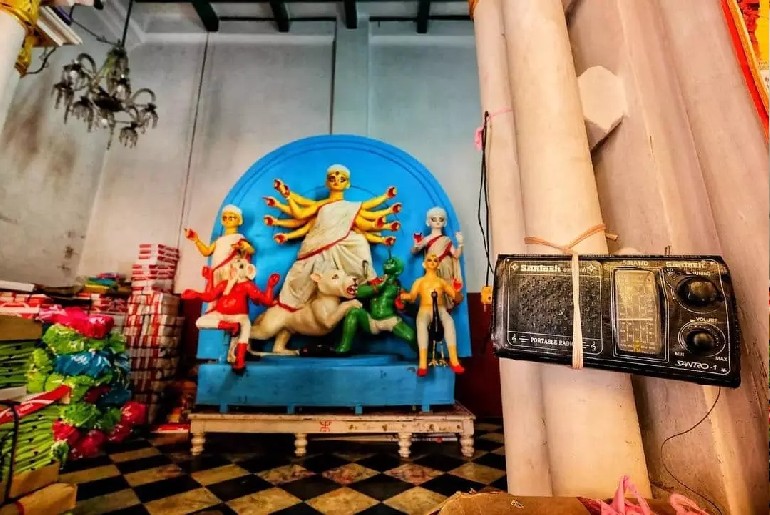 In ancient times, meat had a special place in the diet of married Bengali women. As per beliefs, a married woman was not permitted to step out of the house without fish and rice. A widow, on the other hand, was not allowed to eat non-vegetarian. 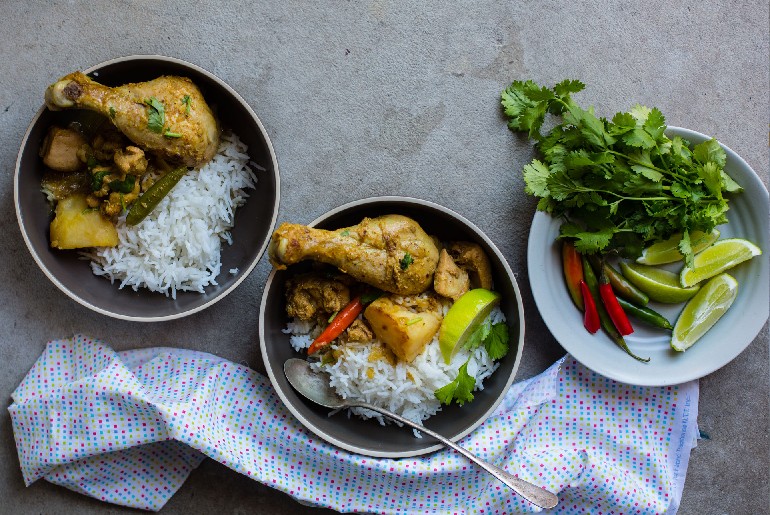 Fish And Mutton Are Offered As Prasad In Bengali Pujas

Believe it or not, we Bengalis offer fish, mutton and even alcohol to Goddess Kali. Goddess Kali is another form of Goddess Durga. And Durga Puja is dearer to us than Navratri. 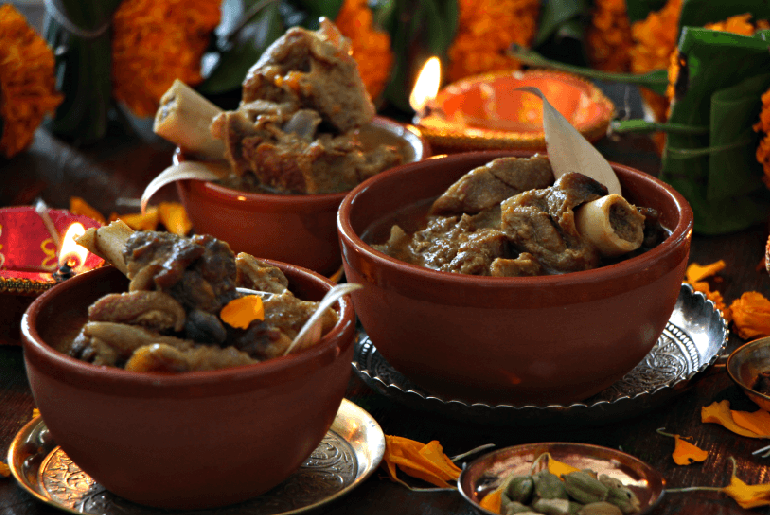 Also Read: Kolkata Has A Kali Temple Where Noodles And Chop Suey Are Served As Prasad

Fish Is The Secret Of Our Intellect 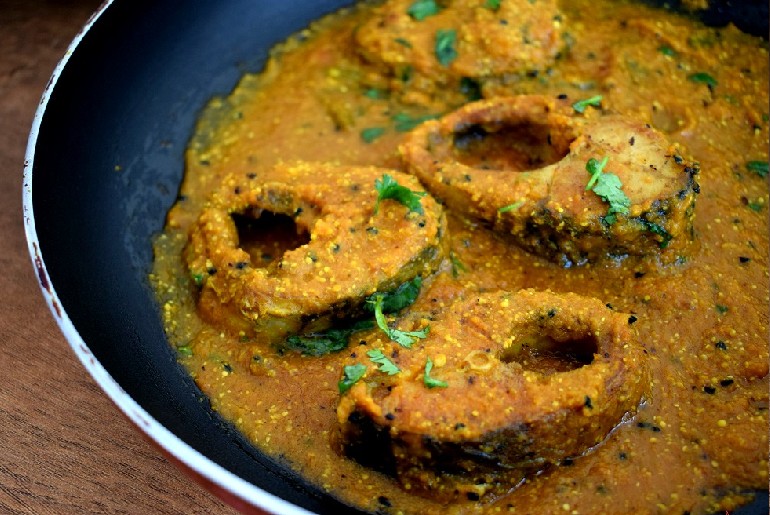 Now that we’ve explained the reasons, we hope you’re convinced not to school a Bengali against non-vegetarian food. Every community has its own traditions and that must be respected.