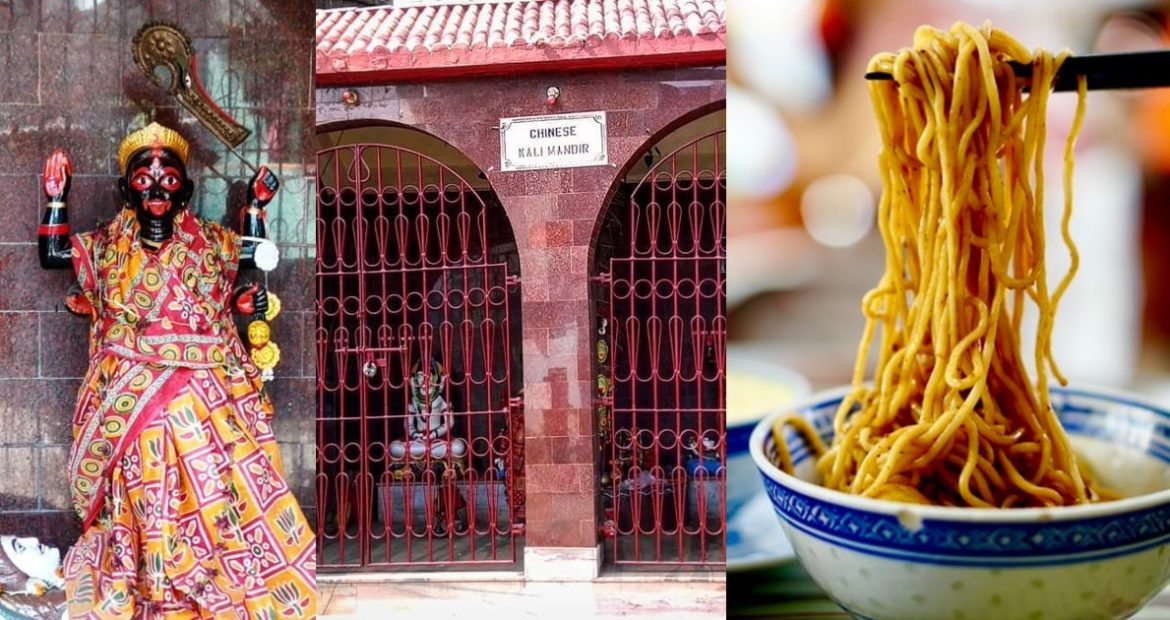 Nestled in Kolkata’s Tangra area, lies the only Chinese settlement in India, popularly known as the China Town. In this ancient Tibetian-style lane, the culture of old Kolkata and East Asia blends beautifully. And the same reflects in the Chinese Kali Temple. The temple culture is a beautiful amalgam of Bengali and Chinese traditions. The most fascinating aspect about this temple is that noodles, chop suey, rice and vegetable dishes are offered as prasad to Goddess Kali here. While a Bengali priest worships the Goddess, handmade papers are burnt here to keep evil spirits at bay. During Diwali, tall candles are lit here with Chinese incense sticks. Thus, the aroma at this temple is distinctive from other Hindu temples.

Also Read: Kolkata Has Its Own Mini China Town & Here’s Why You Must Visit This Exciting Place

How Did The Temple Come Into Existence?

The Chinese Kali Temple in Tangra came into existence around two decades ago with donations from both Chinese and Bengali people. Before the temple was built, two granite stones smeared with vermilion underneath a tree at the site used to be worshipped by the Hindus for over 60 years. As the story goes, a 10-year-old Chinese boy had fallen severely ill and no treatment was working for him. Losing hopes, his parents had laid him down under the tree and prayed for several nights. The boy miraculously recovered and the spiritual site became an important part of the Chinese community too, along with the Hindus.

Also Read: Bengalis Celebrate A Desi Version Of Halloween One Day Before Diwali & Here’s Why

Pranam At This Temple Is Done In Chinese Style

When you visit the temple, you’ll see Chinese folks taking off their shoes, entering the temple and praying to the Goddess. They also do the pranaam in the Chinese way. While the granite-walled temple isn’t much ornamented, its rituals are profoundly striking. The historic alleys of Kolkata are home to a few other Chinese temples, many of which are referred to as churches. Some prominent Chinese temples in Kolkata include Sea Ip Church, Toong On Church,  Sea Voi Yune Leong Futh Church, Gee Hing Church, Choong Yee Thong Church and Nam Soon Church. So, the next time you visit the city of joy, don’t forget to pay a visit to these unique temples. For now, enjoy this virtual tour to Kolkata from the comfort of your home: