Bengaluru’s Famous Brewpub ‘Toit’ Has Made Its Way To Mumbai 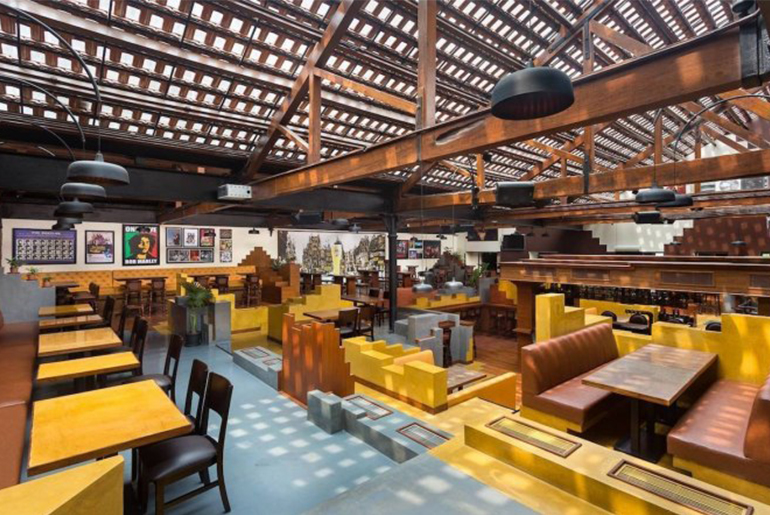 Famous for its wonderful range of beers, Toit Brewery from Bengaluru has opened an outlet in Mumbai’s Lower Parel as well. Coming to Mathuradas Mill Compound (in place of Blue Frog) in Lower Parel, Toit is here. What Are The Brews?

Toit prepares a wonderful range of beers including Basmati Blonde, Dark Knight, Toit Weiss, Colokial Toit, Kilnaleck Toit, and Tintin Toit. These beers range from light or crisp tastes to dark and bitter. Try out some Indian Pale Ales or even Irish Red Ales with their combination of brews. If you’re still unsure, just go for their sample trays of all 6 beers and choose your best!

If brewed beer is not your thing, you can go for their range of premium spirits that are Indian and imported. You could even try out their selection of red and white wines. Get the famous brews at Toit

Toit Brewpub also has good options for munchies as well as mains. Whether you’re a vegetarian or a non-vegetarian, they’ve got it all. Get started with appetizers, salads or soups or move on to their mains. They have wood-fire pizzas, jumbo burgers, pasta, mains and lots of yummy food items.

Also read: Try The Most Expensive Pizza In Mumbai At Kode, Lower Parel