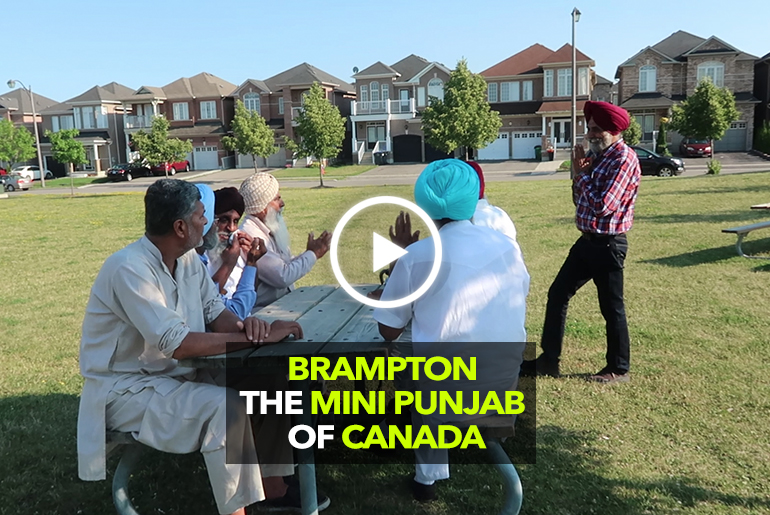 You might be in Canada, but it would seem like you’re in a mini-Punjab by being in Brampton!

Geographically, you might be in Canada but it will seem like you’re back in Punjab! Brampton in Canada has a population of 6 lakh people, majority being Punjabis. There’s absolutely nothing you can’t get here – from sarso da saag, palak paneer to everything!

Also read: How To Make The Most Of 24 Hours In Toronto

You can also find many gurudwaras in Brampton and we visited the biggest one there! But the reason why so many Punjabis have moved to Brampton is because they offer better job opportunities and a better future for the Indians.

The Indians living there miss their home country, but they don’t feel like moving back because they’re self-sufficient.

Also read: 7 Ways Of Experiencing The Niagara Falls In Canada