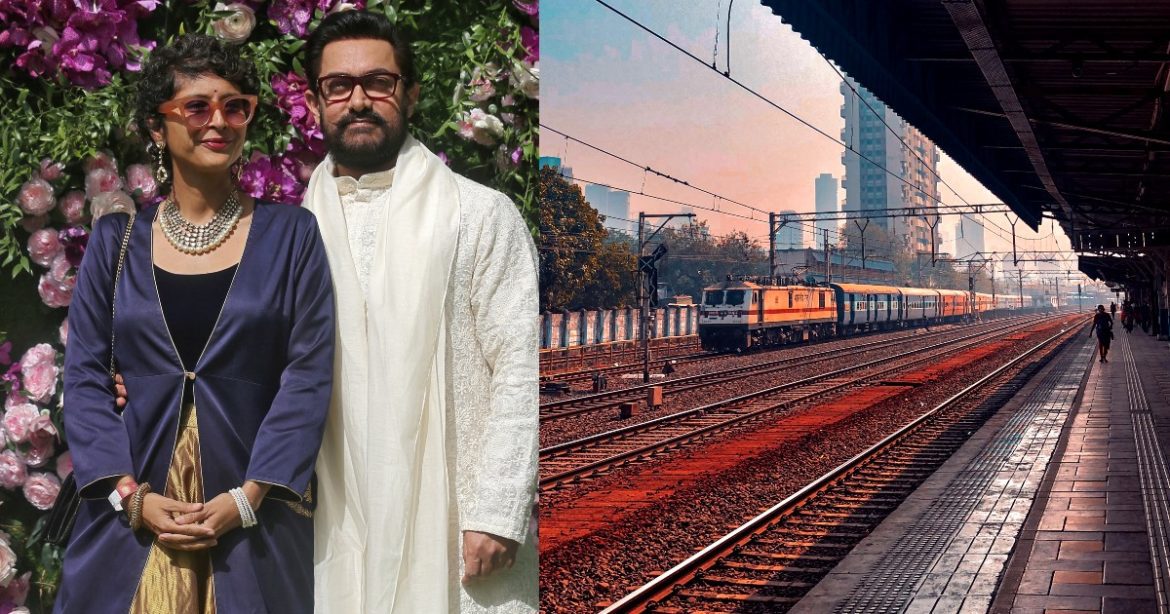 Bollywood fans! Many of our favourite Bollywood movies feature iconic scenes at railway stations. From DDLJ, Yeh Jaawani Hai Deewani to Kuch Kuch Hota Hai, we cry, laugh and even clap with excitement to see our favourite heroes and heroines reuniting in the train stations. Interestingly, Central Railways also has a reason to celebrate, as it has earned ₹2.48 crores, the highest amount through film shoots in the years 2021-2022. A massive amount of ₹1.27 crores was earned through just a single movie directed by Kiran Rao. Read on to know more.

After Kiran Rao’s impressive directorial debut with Dhobi Ghat in 2011, she has just finished shooting her new film. Titled 2 Brides, the film features Sparsh Shrivastav, Pratibha Ranta, and Nitanshi Goel. 2 Brides is predominantly shot in railway stations. According to a report by Bollywood Hungama the film was shot at Yeola railway station in Nashik district and Kanhegaon railway station, in Ahmednagar district.

The shooting took around 50 days. Out of which, the crew shot in railway properties for 24 days. Central Railways earned ₹1.27 crore from Kiran Rao and Aamir Khan’s new upcoming film. Amit Kulkarni the line producer revealed to Bollywood Hungama that several locals at the railway station were cast as junior artists. While Aamir Khan is the producer of the film, he did not visit them on the sets. Meanwhile, did you know a scene from Shah Rukh’s upcoming movie Jawan was shot at Pune’s new Sant Tukaram Nagar?