Curly Tales Hosted The Biggest Gol Gappa Festival & It Was A Blast! 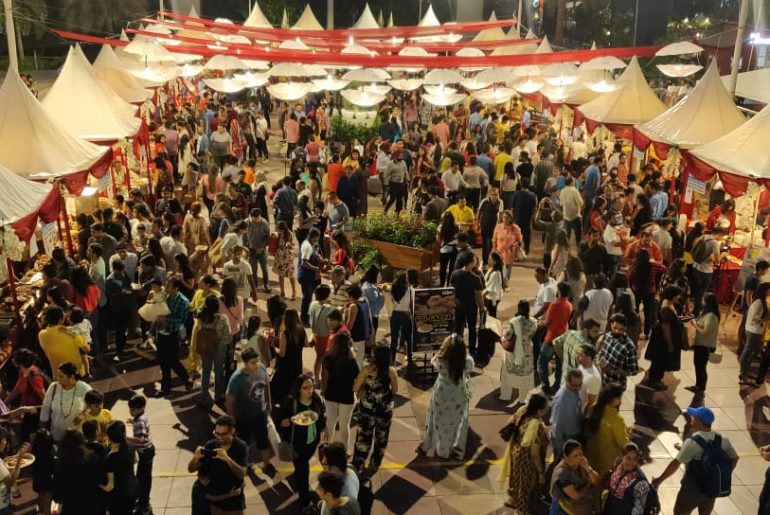 With over25 stalls, Curly Tales threw a Gol Gappa Festival at the Select CITYWALK in Delhi and it was nothing short of a hit!

Curly Tales recently hosted Delhi’s biggest Gol Gappa Festival that was held at the Select CITYWALK mall in Saket, Delhi. With over 25 stalls selling more than 20 varieties of Gol Gappas, it got more than 1 lakh walk people on a span of 2 days. Plenty of foodies came to indulge and devour their love on Gol Gappas. There are more than 20 varieties of Gol Gappas at the festival that was hosted by Curly Tales, including Bittu Tikki Wala’s spicy and chatpata gol gappas, Social Foodie Inside’s Butter Chicken and Makhani Gol Gappas and even Rabri, Jalebi Gol Gappas from the Jalebi Shop. Delhiites were seen pouring their love out for varieties of gol gappas that were present all under one roof along with interesting food competitions and feet-tapping music. The Biggest Gol Gappa Festival hosted by Curly Tales at the Select CITYWALK saw more than 8 Gol Gappa eating competitions that were held over a span of 2 days. It involved eating different types of Gol Gappas like spiciest, sweetest, rabri, and chaawal gol gappas that the participants had to finish within a minute. Overall, the festival consisted of food, drinks, challenges, and a whole lot of entertainment. With groovy tracks playing in the background, a DJ set, Meet and Greet with Curly Tales team, selfie zones with fun props, Gol Gappa eating competitions and foodies devouring on more than 20 types of Gol Gappas that stay true to Delhiites love for the Gol Gappas is what Curly Tales’ Gol Gappa Festival was all about which was held at the Select CITYWALK on 29th & 30th September. Ras Al Khaimah Is Hosting Its First Ever...

Dubai Residents Can Visit The Top Of Burj...

UAE’s Newest Adventure Destination Has Everything From Zipline...