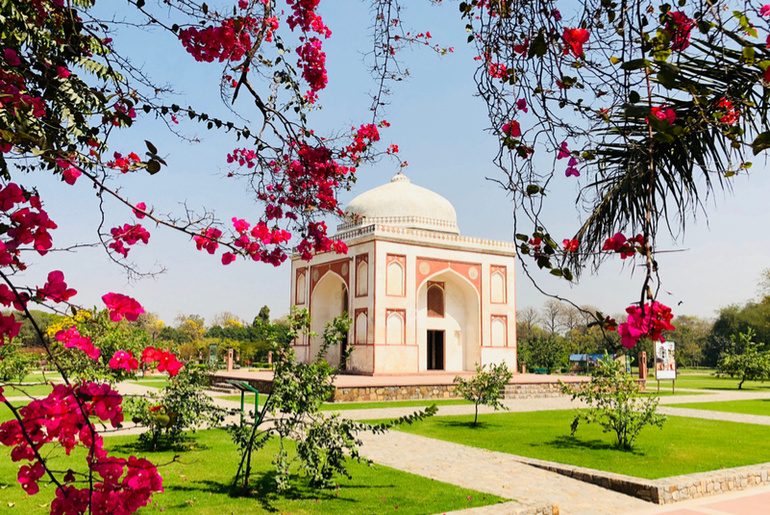 Touted as Delhi’s Central Park, the Sunder Nursery in Nizamuddin area has been given a major facelift after a long project of restoration work.

The Sunder Nursery has been given a major facelift by the Aga Khan Trust for Culture (AKTC). The 16th-century heritage garden sprawls across 90-acres of a botanical garden of trees, a bonsai house, and is home to 80 species of birds, 36 butterfly species and 280 native trees. The garden was inaugurated by the Vice-president Venkaiah Naidu and remains open to the public on weekdays.

Delhiites can now find respite from the urban landscapes in the lush green escape of this garden which treats like an oasis in the heart of Delhi, giving tough competition to the otherwise famous Lodhi Gardens.

The Sunder Nursery has gone through severe uplifting by the works of artisans hired from Uzbekistan and karigars in making tiles and landscaping. The landscaping has been done by landscape architect M Shaheer. The beautiful and massive heritage garden boasts arrays of flower beds, monuments, raised sandstone pathways and marble fountains. The restoration took a decade and about 10,000-15,000 people were involved in the project. Breathe in the fresh air and give yourself a respite in this whimsical beauty of nature located in Delhi.