The nation went aghast with the unfortunate death of the Zomato delivery boy, Salil Tripathi, who was hit by a drunk cop rashly driving an SUV in Delhi. With the financial backbone of his family no more, filmmaker Manish Mundra offered financial help to his family during these trying times. Manish Mundra donated ₹4 lakhs to the tragedy-struck family, grieving the demise of Salil Tripathi. The bank details of his wife were shared on Twitter and many netizens poured in help.

Salil Tripathi, a hotel management graduate, worked as a manager at Delhi’s Hudson Lane. He lost his job due to the dreaded coronavirus pandemic. Left with no resort, he took up the job of a Zomato delivery executive, earning ₹8000 to ₹10,000 a month, working 7 to 8 hours a day. In his previous job as a restaurant manager, he earned around ₹40,000. As the sole breadwinner of his family, Salil had to provide for his wife, parents and his only son, when tragedy struck him.

Also Read: Swiggy & Zomato Might Charge You 5% GST On Food Delivery From Now On! 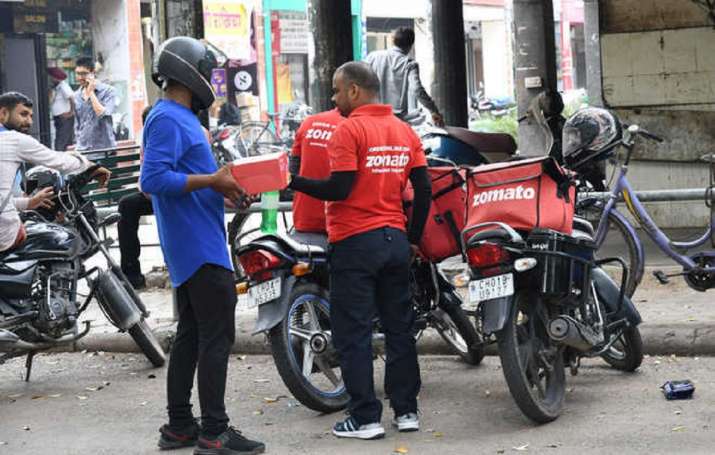 Filmmaker Donates Money To His Family After Unfortunate Accident

An SUV driven by an inebriated police constable rammed into his bike and caused his death. Filmmaker Manish Mundra offered ₹4 lakhs to his family. Manish revealed to OpIndia that he felt sad about the series of events and wanted to help his family in whatever way he could. While nothing can bring back Salil, he wanted to donate to help his family. He also shared the bank details of Salil’s wife, Suchitra Tripathi on Twitter, so others can help too. Suchitra Tripathi revealed that they might all shift to their native Ayodhya.

So found the bank details through @jignasa_sinha

It should reflect in the account by tomorrow https://t.co/Rd9iOAFtda